Physical follows two women, Fatima who has given birth to twins in London and Kiki who finds herself stuck and alone in Northern Italy after her boyfriend leaves her for an ‘upgrade’. What was the inspiration for the setup to this engaging novel?

This novel was inspired by a wine-fueled conversation between two close female friends discussing the past five years of their lives. Like in the book, one had given birth not too long ago, and the other one had recently been ditched by a long-term boyfriend. Both were distraught at the sharp decline of their self-esteem and loss of their identity in a matter of months. They exchanged passionate words of rage and desperation which grew more caustic the more they drunk. Just before collapsing from alcohol intoxication, they homed on actionable lessons from their almost opposite yet very similar experiences: desire was still ablaze inside them; sex continued to matter; and whatever else slightly alien seemed to be hijacking their lives, they deserved to seek physical fulfillment. The rest, is fiction.

Emotions run high in this book and you can truly feel where these women are coming from in their midlife crises. What were some themes you used when developing your characters?

On the side of Kiki, I was eager to explore ways in which a middle-aged female could cope with rejection including the weight of factors such as aging, the yearn for children, and the clash with societal pressures and surrounding family and friends. Of course, I also wanted to look at the role of sexuality and how it changes with age, and whether physical desire can remain determining even as mature life becomes more complicated.

On the side of Fatima, I focused on the potential result of taking away freedom and independence from a successful middle-aged woman, trapping her in a new ‘silent’ world. I wanted to push Fatima to the edge and see where she would run to re-find herself, and how much she would risk to regain happiness. I toyed with betrayal and whether it could be therapeutic and serve a purpose, as well as with a mother’s/wife’s guilt for her own selfishness versus her right to want fulfilment of all kinds including physical. I wanted Fatima to consider whether love means total trust and what trust actually means.

I felt that Kiki was sabotaging herself a lot through the story. Do you think this is reflective of her character as a whole or is this just a phase she’s going through?

Kiki is a woman of a different time. Full of ideas and ideals. Passionate and righteous but who has never been allowed to believe in herself too much. She would like to leave Italy but doesn’t find the courage. She would like to step out of her parents’ influence but loves them too much. She knows she’s very different from her friends but not sure she could do without them. She’s deep down uncertain of what she wants from men, but at times feels pressured she should follow every female’s ideal of marriage. She’s a strong doubter with a good heart for whom things finally work out. We need more Kikis in the world, for sure.

Morte a Pisa: LIPS, LIGHT & LYRE will be out in June. It is a thin book with a trio of reflective short-stories around female death following a weekend in Pisa. The next full-length novel will be Caro M, where a lover misses her beloved Caro M after being abandoned; a wife is steered through her divorce from husband Caro M by her sweetheart psychiatrist; and a young girl has landed a fairy tale wedding to groom Caro M that soon becomes a nightmare her cousin wants to help fix. Naturally, someone somewhere will be the end of Caro M… 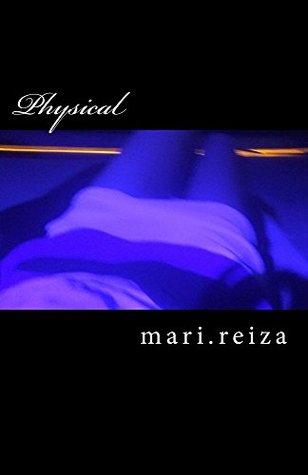 “A book about female desire.

In a small town in northern Italy, Kiki feels worthless and angry when her longtime partner finds a new cool girl to ride on another decade of easy existence. Meanwhile in trendy London, Fátima, the wife of Kiki’s best friend, is losing her selfhood after giving birth to twins and being made redundant. Both heroines are determined to rebuild the passion and impunity of their youth, vitalising desires that will bring them to risk everything…

Themes covered in the novel include rejection, identity, betrayal, freedom and the right to happiness. The tone is humorous on the face of distress, often rejoicing in the terror of lives out of control.”