← Allegories of Biblical Narratives
Characters to Love, Hate or Identify With →

History Is Not Always Pretty 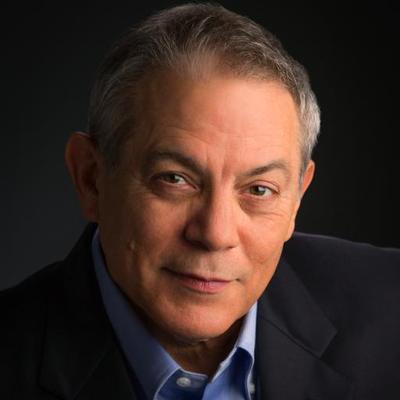 Honor Among Outcasts continues the story of the Dark Horse inhabitants that joined the Union Army as soldiers in the Missouri State Militia Calvary. What direction did you want to take this book that was different from book one in the series?

In the first novel of my DarkHorse Trilogy, The Lies That Bind set in the antebellum South, I wanted to debunk many stereotypes and myths about blacks, whites, rich and poor, regarding slavery and gender. Southern literature is generally about powerful aristocrats who make fortunes, and often ignores the slaves who actually did the work or gives them little credit. So I created a situation where the protagonist, Durksen Hurst, a hustler/drifter, forms a secret partnership with a group of escaped slaves to build their own egalitarian plantation in the fictional hamlet of Turkle, Mississippi. But, rather than the white man, one of the slaves, Big Josh Tyler, who had run his former master’s plantation, is the natural leader of the group and is greatly responsible for their enterprise’s success. (Such was often the case, historically.)

Developing the novel into a trilogy allowed me to show the full historical arc and the resultant changes of the time period: from antebellum South/slave society (The Lies That Bind, book 1); to the Civil War years (Honor Among Outcasts, book 2); and end in post-war Reconstruction (Something in Madness, book 3). You see the arc.

Together, the three novels depict the historical developments and their effects on the men and women, black and white, of all social stations.

So to answer your question, in book 2, Honor Among Outcasts, the milieu, conflicts, plot, and themes all had to be completely different from book 1, as will those in the third.

Although I am a big Civil War buff, I didn’t want to write a typical battle-type novel. Fortunately, the guerrilla war in western Missouri was like modern-day Syria, with terrible murders and depredations like the massacre and burning of Lawrence, Kansas, by Quantrill’s Confederate bushwhackers. In Missouri, combatants of both sides took scalps! I felt it important for the characters to face these major events in order to illuminate humanity’s potential for brutality and cruelty.

Also, in the spring of 1863, President Lincoln began to allow “colored” regiments to be formed, but these required a white officer to lead them. Naturally, having the DarkHorse partners form their own regiment was a nice parallel to their dreams of the democratic enterprise depicted in The Lies That Bind.

Throughout Honor Among Outcasts, I tried to remain faithful to the difficulties and unique dangers these regiments and the local populace actually faced. In rare cases, I had to move minor events around to aid the narrative. For example, a train raid massacre like the one in Honor did take place, but at a later date and at a different location. Nevertheless, in writing book 2, the actual history did very much shape the story.

The characters were very well developed in this story, which led to some heartbreaking scenes when some characters met their end. What was your decision process like in deciding who stays and who goes?

Heightened emotions give your themes greater impact. I hated to kill off some of the characters I’d become attached to, but in doing so, the reader is able to feel the senseless terror and cruelty of the time, which required more than the characters merely observing the conflict.

For example, wise Big Josh is the backbone of the DarkHorse partnership, despite the many loses in his past that he carries in his heart. So when his mate, Ceeba, found late in life, is one of the three women killed in the train massacre, the poignancy of the event is increased. Plus, Josh’s emotional state throughout the rest of the novel is deepened. Similarly, in the Lawrence massacre a relatively unarmed colored regiment training there actually was massacred. How could I ignore that in my novel? And with the loss of a favorite DarkHorse character during the Lawrence raid, I hoped to bring out the horror of that event. (I, myself, had to recover after writing that wrenching scene.)

Where will book three in the Dark Horse Trilogy take readers and when will it be available?

In the final novel, Something in Madness, at war’s end the surviving characters return to Mississippi, only to confront new indignities restricting the rights of freedmen in the South.

Researching the Black Codes, lynchings, and other humiliations perpetrated on blacks during Reconstruction made writing book 3 tough, and I expect it will be tough on the reader, as well.

History is not always pretty. I only hope the DarkHorse Trilogy does its part to see that such cruelty and hatred doesn’t re-occur. Something in Madness is planned for release in 2019. 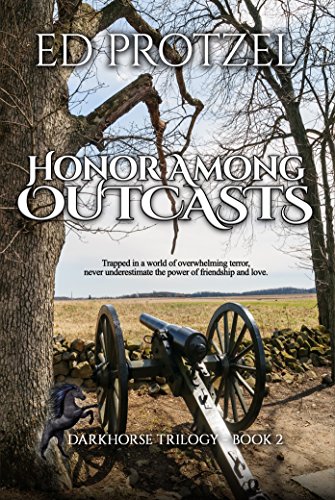 After their harrowing escape from Mississippi, abolitionist Durksen Hurst, his fiancée Antoinette DuVallier, and their friends — a group of undocumented slaves — land in guerrilla-infested Civil War Missouri, the most savage whirlwind of destruction, cruelty, and death in American history. Trapped in a terrifying cycle of murder and revenge, scarred by Quantrill’s cold-blooded Lawrence massacre and the Union army’s ruthless Order Eleven, Durk and everyone he cares for soon find themselves entangled in a struggle for their very survival.

Honor Among Outcasts takes readers on a pulse-pounding journey of desperate men and women caught up in the merciless forces of hatred and fear that tear worlds apart, and the healing power of friendship to bring them together.

← Allegories of Biblical Narratives
Characters to Love, Hate or Identify With →