← The Scented Bones: The Svabodina Case Files
Two Down: The Inconvenient Truth → 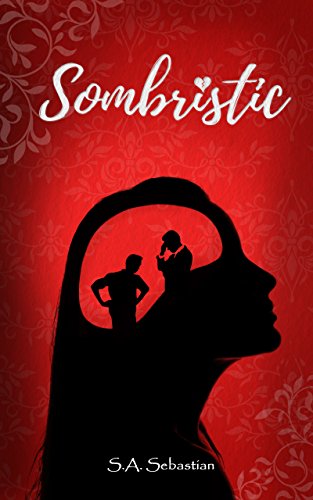 Sombristic, written by S.A. Sebastian follows a close group of culturally diverse friends who are all at different points in their lives and relationships – some are married and some are just trying to figure things out. But, they are joined by the bonds of friendship that keep them grounded in their search for the right person. The title, a word seemingly coined by the author, means to be optimistic in the face of romantic sadness. This being said at the beginning gives the text a positive opening tone – it makes you think that the characters are going to try and be optimistic even when the going gets tough, and hopefully things will work out for all of them.

There’s also a brief but helpful character list at the beginning of the text as the story dives into the deep end in an active scene between a father, son, and friends – so it helps to know who’s who. The list was particularly useful as there is little introductory context, which was initially a little difficult, but the characters come into focus as you continue reading.

This book is written in the form of a play, or a conversation-based work, the text is mostly dialogue and is written in a relaxed style, reflective of each character’s accent with each one being subtly different. The ‘acts’ are usually short, and they jump between different situations and have time lapses throughout, so it can be hard to keep up with all of the different goings on. However, the easy to read style helps the reader stay immersed when they come back around to a previously mentioned character.

The conversations between the characters, when split into male and female groups are very typical of the gender ideals. The men discuss sports and their level of sexual activity and the women discuss clothes and relationship gossip. Although this might be reflective of the groups general stereotypes, I though it made them one dimensional. I wanted to see the characters interested in things other than the overall theme of the book.

I thought that the story was a little hard to follow, as it moved from scene to scene so quickly, despite the relaxed and attractive writing style that kept me engaged with interesting writing. The book incorporates long descriptive passages that are interesting and well written, suggesting that the script would perhaps be more engaging if rewritten as a novel rather than a play.

What the text does do very well is highlight the varied types of relationships and dating that exist in modern society, and explores how hard these can be to navigate. There is also some pretty funny references in this book that made me laugh!

← The Scented Bones: The Svabodina Case Files
Two Down: The Inconvenient Truth →