Can Good Win Over Evil?

House of Pain is a uniquely creative story unlike any fantasy story I’ve come across. What was the inspiration for the idea behind this novel?

For the setting of this story, I imagined what could happen if we continue the self-destructive path we seem to be walking. Wars, hatred, greed, power-hungry politicians. I’ve always worried about the possibility of a nuclear war, but what if Mother Nature herself finally got fed up and decided to help wipe us out? The little, insignificant people are usually the ones who suffer most. I imagined those in power wouldn’t hesitate to call on demons for help if they thought they could maintain control over them. And, as with most arrogant people, they have no idea what they’re getting into.

Maggie is a human-demon hybrid who grew up in a whorehouse, but still manages to hold onto her humanity. What were the driving ideals behind her character?

Maggie represents all of us who struggle with our dark half to hold to good. It would have been easier for her to let go and embrace her evil side, but she held tight to her dream of one day having a family to love and who loved her. Of course, as in real life, she couldn’t fight this battle alone. Maggie understood the concept of love and goodness because center stage in her horrible childhood were three men, her handlers, who pushed her toward another path, one where she didn’t need to hurt others. Under almost impossible circumstances, they helped her develop a conscious, gave her choices. Though obviously exaggerated with Maggie, I used my own struggles trying to raise my daughter to show the difficulties we face as parents in today’s world. There are so many distractions fighting for our children’s attention, and much of it not good. It’s difficult to try to keep them on the right path?

The world in this story is a dark post-apocalyptic Earth and I enjoyed the unique backstory. Did you develop the backstory before writing or did it develop organically while writing?

The backstory came first. Watching the news, it worried me to think about a possible nuclear war and what it would do to our planet. I also noticed that we appeared to be having more and more natural disasters and I wondered if Mother Nature had finally had enough of our abuse and decided to fight back. But no matter what happened, I imagined some people would find a way to survive. But how? This is where the demons came into play and the people who thought they could control them. There will always be evil in the world, but I believe there will always be good too. The real question is can good win over evil? I believe it can. Maggie became my representation of this battle. Daniel, her love interest, and his young son were her reward for holding strong. They gave her hope for a new and better life, one I think we all strive for.

I’m working on a Science Fiction Romance called Claimed by Nicolai right now. It is an alien abduction story involving a young woman from Oregon. My novels tend to revolve around the woman in the story, how she must fight for her own path in life and not just depend on a man to provide what he thinks she needs. Love can develop from this struggle, but it needs to be a relationship where both parties are equal. Claimed by Nicolai will be published by Crimson Cloak Publishing sometime in the spring of 2019. 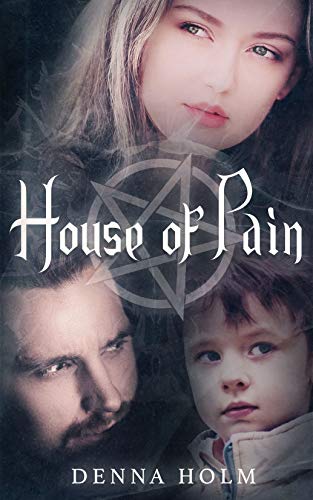 Maggie Shelbador is a half-breed succubus with a heart. Though raised inside one of the worst whorehouses in the world, all she wants is to find one man who will love her despite what she is. She dreams of one day being free of her nightmarish life but fears no man will ever truly trust her.

The year is 3515 and most of the world has been destroyed by a combination of natural disasters and man’s neglect. The whole human race faces extinction. To survive, the leaders of the day approach demons for help, not understanding the high price they will be forced to pay. Normally bound by the summoner’s magic, the demons know Maggie is the key to giving them free access to Earth.

Daniel is a widower with a young son. He is out hunting one day when his settlement is attacked and his son abducted. He tracks them to House of Pain, not realizing a trap is being set for him. Though tortured, Daniel refuses to break when they try to force him to prostitute himself—until a beautiful blonde woman is brought into the room, her power stripping away his self-control.