← Her Love Affair
What Anyone Can Do →

The Dragon Shifters at Southgate 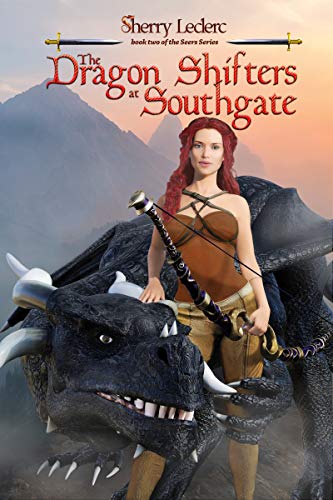 Right from the very beginning the book has an air of suspense. The plot unfolded easily and the characters were easy to understand and like. All of this led me to flipping pages quickly. We are immediately introduced to Talwyn Sevi and her mother and sister running through the woods. The author expertly narrates how the three had been running away, passing through the woods and even hiding. I had no idea what they were running from but my anticipation was high, and I wanted to know more.

The story got juicier when I got to know Talwyn’s age. She was over three hundred years old, and all she was having were memories. The other interesting thing was that the events in her dream-memory had happened when she was just 8 years old. That was such a long time to remember some things. I loved that during their time, her people could live for over eight hundred years. I tried imagining how life was for them, and how they viewed life seeing that one could live for centuries. The other exciting thing was that Talwyn’s people didn’t experience adolescence until they were twenty-five or thirty years old. Thinking about it, it made sense because a thirty-year-old could not be described as a full adult considering how long they lived. This is reminiscent, for me, of the depth of lore found in well developed series like Dungeon’s and Dragons, or The Lord of the Rings series.

I enjoyed Talwyn character, she was not only loving but also cared for the people around her. I loved her sense of humor and how she was able to bring moments of levity into dark situations. Her whole personality was lovely. I, however, didn’t understand why she kept questioning her clear memory. As much as some of the things she remembered were unpleasant, I would not have minded having a memory as good as hers. Overall, Talwyn was my favorite character. Anwyl was another character I admired (I know, it sounds like every character is my favorite). Being the greatest metallurgist the seers had ever seen was an achievement. Anwyl was the only being Talwyn had who had been allowed access to the mountain. I love that he was useful, as most fantasy novels give someone a job with no real use; he mined rare metal and made whatever the dragonkin needed. I really loved the traits in the characters. That the shifters could shift between human and animal form at will was eccentric, but amusing regardless.

The Dragon Shifters At Southgate: Seers Book II is a creative piece of literature with an action-packed plot and well developed characters in a world with a rich backstory. This book has an enthralling story line that constantly hints at something larger. The author’s writing style is simple, making it easily accessible by anyone, and her way of narrating the story naturally capture’s the reader’s interest.

← Her Love Affair
What Anyone Can Do →