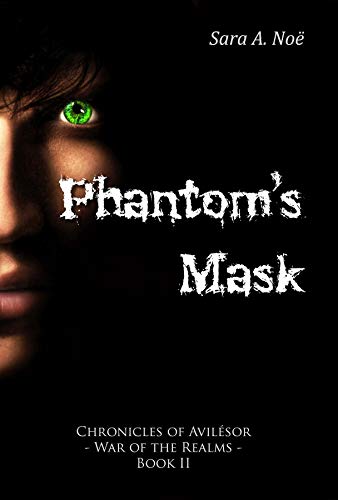 Phantom’s Mask follows Cato is a very powerful ghost. He can go invisible, he is fast too, but not as fast as his lab brother Axel. After is family betrays him Cato is vengeful of the people who made him this way. His mother sold him off to be a lab-rat because he was born different. It pains him, but as much as it does, he will have to make a deal for the greater good of protecting his lab family who he has a strong connection to. Now fugitives who are being hunted, this team of eight will fight to the bitter end. They are a product of classified government program, forced like prisoners and experimented on, the alpha ghosts do not like humans because humans have betrayed them.

Phantom’s Mask is a suspenseful supernatural thriller filled with an array of mesmerizing ideas, there’s war, humans hunting ghosts, half humans betrayed by humans, and everyone bitterly protecting their space. Phantom’s Mask by Sara A. Noë is a fascinating product of a wild imagination with a plot that has the vague feel of Stranger Things, but much more suspenseful and action packed, a bit like the show The Boys on Amazon. There is ample time spent creating a rich atmosphere in this book that feels gritty and realistic. The author has created enduring characters with keen precision to details that ensure each character feels authentic, if not always complete. The emotional turmoil that Cato goes through was something that was consistently compelling and kept me interested. But even that takes a backseat to my interest in Cato’s origins and the intriguing mystery at its core.

Fans of the first book in the series A Fallen Hero will be more than pleased with this followup. Sara A. Noë continues to plumb the depths of her characters in Phantom’s Mask and readers will be delighted by it.