A Light in the Darkness

Ascension of the Phoenix follows a detective seeking release in street fighting, but success leads her down a dark path toward revenge. What was the inspiration for the setup to your story?

The major inspiration was Leila Wells, herself. I wanted to delve into the notion that everyone has a dark side and what would happen if someone who is an upright figure gives in and falls. Now for the street fighting and fighting tournament, Mortal Kombat and the Tekken video games were heavy influences. Being such a fan of Law and Order: SVU helped me make Leila a detective.

Leila is an intriguing and well-developed character. What were some driving ideals behind her character’s development?

She is who I wish I could be. An authoritative figure who is also fair and generous, and who uses her position for good. She doesn’t abuse her power. Doesn’t bow under pressure. Is physically and mentally strong. Someone who is in control of their emotions… well, sometimes.

Quite a few of them. One theme being the struggles against dark sides because Leila isn’t the only one. The different ways people deal with grief is another. Exploring how someone can lose who they think they are—their identity—and how they fight to come back, and how they sometimes change. And no matter how bleak or hopeless a situation, there is always hope/a light in the darkness—you just may have to wade through more darkness to reach it.

The Dragon of Russia is the next book in this trilogy and will be available August 2021. Like I did with Ascension of the Phoenix, a companion short story will also be released in the Fall. It will be called The Crane’s Dance, following a new character that Leila meets in Russia, like how The Panther’s Pride is in Jamaal Gordon’s POV.

Ascension of the Phoenix 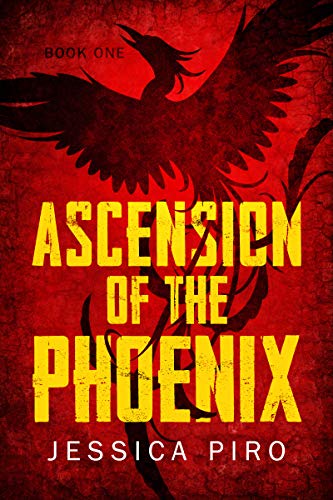 Ascension of the Phoenix is an adventure filled contemporary action novel by author Jessica Piro. Detective Leila is tasked with finding the serial killer, Bryan Foster, after he murdered eleven people. He didn’t technically murder the 12th person, but he heavily contributed and thus Leila blames him for that too. They were co-workers and that made it personal. Leila and her partner David are out celebrating a birthday when they get a call that Foster has been sighted. They race to the scene where things tragic and Leila is told to take a break and recover. During her recovery she meets Jamaal, a very compelling character, and gets invited to a fighting tournament. Jamaal and Leila enter the tournament as fighting partners. Will they win? Will Leila fully emotionally recover from that fateful night? And is the cost worth it?

I loved seeing the friendship between Leila and Jamaal develop and change over time. The only thing the same about them is where they live at the start of the book. Culturally, fighting style, philosophically, they are completely different. Compared to some other fighting pairs in the book (Shamus and Luke), they go well together, in a buddy-cop sort of way. Through the book they become close, but stay friends, which is was certainly a nice dynamic that makes their relationship much more absorbing. There’s no friend-zoning, no tension of unrequited love, just mutual care and support. Shamus and Luke are really annoying when in the same scene together (but this is probably intentional). My personal dislike for them gets dealt with and addressed in the book in a satisfying way, so the author does get points for that.

Ascension of the Phoenix is a character driven action story that takes readers in unexpected directions. Filled with interesting characters, concise and stimulating dialogue, all designed to accentuate the action and keep the story moving. Author Jessica Piro has created a strong female protagonist, that is self reliant but stronger with friends, and I found her character refreshing. I look forward to the next book because, although the story ends on a satisfying note, Leila is far from recovered. I MUST see the end of her journey. Ascension of the Phoenix is an exciting read with a satisfying ending.