Master Defiance follows the survivors of a post-apocalyptic earth who must defend themselves against invading aliens. What was the inspiration for the setup to this thrilling story?

I wanted to suggest that human beings can survive a series of natural and man-made disasters. The setting is a dystopian Earth, but humans are still humans. The hunter-gatherers in the remote regions are toughing it out. But they need a little help from the past. Far-thinking ancestors have left behind Mother, a benevolent AI entity, and a vast store of knowledge. Young bow hunters discover and befriend Mother during a desperate quest for help. Mother helps them with advice, and she can defend herself, much to the surprise of the arrogant Masters.

The Masters were intriguing and well developed characters. What were some driving ideals behind their development?

While I appreciate that faster-than-light travel sets up amazing sci-fi story possibilities, my books try to stay within the realm of the possible. Master Defiance suggests that intelligent beings can explore (and try to conquer) our galaxy at say 4% of light speed, if they are adapted (or genetically modified) to living for eons in a generation spaceship. This means vast expanses of time are required to move between stars, which could frustrate fans of ‘super warp speed’ using ‘ludicrous drive’ (a Spaceballs invention). The Masters are further developed during the series, as they are vindictive and persistent. They are also a tri-variant species, as revealed in Covert Alliance. And they view human beings as inferior, and only good slave material after gene-splicing. So, they are creatures that readers will love to hate!

I liked the contrast between the advanced aliens and the regressed humans. How did you want to represent this dichotomy?

What do you try to do first when you write, inform or entertain? 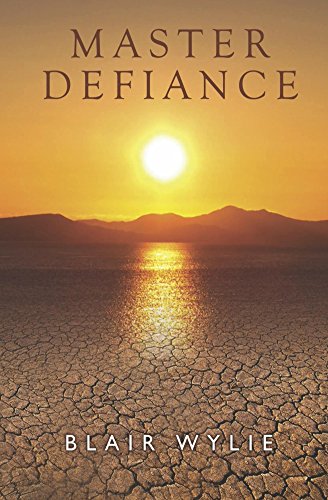