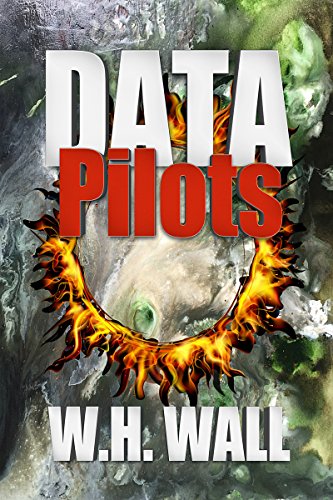 Data Pilots takes the classic “secret level” lore from video games – finding the secret level grants the player an elite, secret status – and uses it to transport the hero, Tom Howard, into a world where his brain is seamlessly integrated into an exclusive development playground. Neuralverse is an open-source database environment set aside for a few privileged thinkers where literally anything they can think of is rendered in immersive virtual reality.

Tom is something of a prodigy. He’s able to master Neuralverse controls almost immediately, makes a basic UI change and is rewarded with praise from the best data pilots in the system. He also discovers the darker side, full of hackers and profiteers. What he does with his power can either secure or topple this virtual world, and he doesn’t know who to trust.

A lot of this story hearkens back to the early days of the cyberpunk genre, like the integration of computing with the human brain, visualizing computerized data as an immersive experience, even holodecks. The author uses a lot of ideas from the past and blends them all together to build this world. I enjoyed the way that music takes an important role in the story, but can’t say too much – you’ll have to read it to find out. There’s also a neat time dilation in the Neuralverse. Since everything happens at the speed of thought, four hours spent on one project inside is more like four minutes in the real world.

Tom comes across as almost too talented, even for a teen prodigy. Everything is easy for him, and he masters complex skills in a very short time. Most (but not all) obstacles provide more than a moment’s annoyance. His skill earns him great praise from the other data pilots in the system. However, Tom does have humanizing flaws that he must overcome. He has a selective memory and does things like ignoring EULA notices as well as disregarding advice to keep his overworked brain from exhaustion.

My biggest problem with the book is that the author kills any suspense or tension built up during a scene by disclosing the bad guys’ identity and intent. The book is full of, “unbeknownst to Tom…” and “Little did he know…” moments that telegraph a critical plot twist long before it happens. The book needs some editing tweaks. The most common problem is putting dialogue from two or more speakers on the same line, without a paragraph break. In some scenes, it’s difficult to tell exactly who is speaking since it all runs together.

Data Pilots is a fast-paced novel for younger readers, immersing them into a race-against-time climax to unlock memories and data in order to protect a unique, collaborative environment from destruction. I’d suggest this for ages 12-18 because I think teen readers will find a lot to like here, especially if they are also interested in programming and designing virtual worlds.