Hill House Divided by S. Lee Fisher is the third in her series, The Women of Campbell County. This one is set in the early 1950s and focuses on Olive Westchester’s youngest daughter, Harriet, and her husband, Eddy, who is stationed in Italy during the Korean war. Like her mother before her, Harriet is clever and ambitious, but she has advantages that her mother never had. For one thing, with Eddy far away in Italy, she is free to concentrate on her own life, making it what she desires without having to be the dotting wife.

As frustrating as it was to see Olive lose all her chances in the first book of this series, it’s gratifying to see Harriet grab hers with both hands. Readers will be happy to see her succeed, especially as her feckless husband is following his own path without giving a thought to his wife missing him back home. When he returns, you just want her to slam the door in his face and turn to his more loyal brother.

As with the second book, Fisher recounts each scene while giving readers a high-level overview of what is going on. I feel there is not a lot of insight into the characters’ motivation or their inner world. While there isn’t a lot of action in the book, I think this is because this is more of a story about Harriett’s efforts to be her own woman and build a life she can be happy in. This dramatic historical fiction story gives readers a look at the challenges a woman faces when her husband is away at war in the 1950s.

I found Eddy’s story in Italy to be particularly interesting. Unfortunately, I suspect that this part of the story will come back to haunt Harriet in the next installment. As for Olive, she is as objectionable as ever until near the end, when readers will wonder what is causing her change of heart, leaving them anxious for the next installment in this series.

Hill House Divided: The Women of Campbell County is a cozy family saga about life as a woman in the 1950s. The historical fiction element will give readers an intriguing view of life at the time and the struggles people faced in society.

Under the Grapevine is the second book in your riveting family saga, The Women of Campbell County. What were some new ideas you wanted to introduce in this book that were different from book one?

I wanted the reader to know that love is powerful and can overcome deceit and hatred. Despite having a wretched mother, the Bailey children develop into adults, minimally scathed, due to the nurturing of Tabs’ love.

My biggest challenge writing Under the Grapevine was the transition from Olive to Harriett as the main character. It’s difficult for Olive’s impudence to play second chair.

What were some obstacles in the story that you felt were important to defining your characters?

Life during the first half of the last century is often depicted as a simpler lifestyle. I wanted to remind my readers that living through the Great Depression and WWII was complicated and stressful, resulting in self-sacrifice on multiple levels.

What can readers expect in the next book in The Women of Campbell County series?

The next book in The Women of Campbell County series revolves around Harriett coming into her own, garnering the education her mother coveted, and succeeding as a corporate woman. In contrast, it also follows her husband Eddy’s journey after being drafted into the Army. Unlike the first two books which cover several decades, Hill House Divided, takes place over three years, 1950 to 1953. 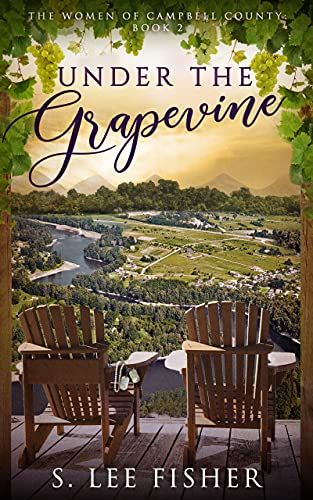 Under the Grapevine is the second in The Women of Campbell County series by author S Lee Fisher. Olive Westchester is a married woman with children of her own and a loving husband, all of whom she treats badly.  Having lost all her youthful chances, she is locked in her own misery which has festered over the years to create a bitter, angry woman.  She treats everyone around her with rude contempt, keeps secrets from her family for her own benefit and only really engages with them when she needs a skivvy.

The book opens after the First World War and covers the years of the Great Depression and the Second World War with vivid detail. Although the characters are affected by these tumultuous events I wanted to dive deeper into their emotional turmoil. The author seems to have a clear vision of the personalities of each member of the family, which I found intriguing and left me wanting to know much more about them. This is a plot driven literary saga that focuses on a series of dramatic events that happen to the characters, but leaves me wanting more insight into the inner worlds of many of the characters.

Harriet bounces along from one experience to the next without sharing with us what is going on in her head apart from the little that is revealed through her conversations with others, this sets her up to be an enigmatic character to me. As for Olive, if you have not read the first book in the series, which I recommend, you would have no idea why she is so hateful, and these reasons can be compelling, but here the characterization is intense and I wanted a window into her soul to understand why. Harriet is surprisingly unscathed by having such a horrid mother, and it is awe inspiring that Tabs remains the loyal, long-suffering husband that he is.

Under the Grapevine is filled with intriguing characters that I wanted to explore further and deeper. This is a great family saga for readers who enjoy rousing drama against a vivid historical backdrop.

Becoming Olive W follows a strong young woman set on defining her own path in early 1900’s Pennsylvania against the wishes of her father. What was the inspiration for the setup to your story?

As an active member of the Daughters of the American Revolution, I often ponder the life of the brave women who came before me. The inspiration for Becoming Olive W. was, the life of all four of my Grandparents, all of whom were born between 1890 and 1902, the profound changes they witnessed during their lifetimes, such as the industrial revolution, electricity, telephone, phonograph, automobiles, and how they responded to ‘progress’.
I decided to explore their world, invest time studying their lifestyle more deeply.

In doing so, I was inspired to remind today’s women, young and old, that it wasn’t too far in the past that women were refused most things taken for granted today, like the right to vote, own property, choose your own mate, pursue a career, or obtain an education. I am a history buff, and I strongly believe that history teaches valuable lessons. This novel was my way of teaching.

Olive is an intriguing and well developed character. What were some driving ideals behind her characters development?

So many of today’s ‘coming of age’ stories portray positive character development. Olive, a prominent character in this saga, has few redeeming attributes. Becoming Olive W. demonstrates that not every ending is ‘happily ever after’. The lack of love and nurturing may sometimes present obstacles too great to overcome, even for the strongest, brightest personalities.

My stories portray ‘real life.’ I cannot create a fantasized escape; a life how we wish life to be. It is important that my characters are realistic, with human flaws and that their relationships are equally flawed and equally intense. Even love is not perfect, rather love shows it face in many forms.

Under the Grapevine, book 2 in the Women of Campbell Country Family Saga, is currently on pre-order (the eBook) with Amazon. The paperback and launch are scheduled for August 22, 2021; however, it may be a week earlier. This book follows Olive, husband, and offspring through the great depression, WWII, ending in 1950 with the beginning of the Korean war.

I am currently working on The House on the Hill, book 3 in the Women of Campbell County Family Saga. I’m hoping for a November 2021, release, although probably Jan 2022 is more realistic.

Book 4, the conclusion to this saga is still untitled. It will be released late spring 2022. 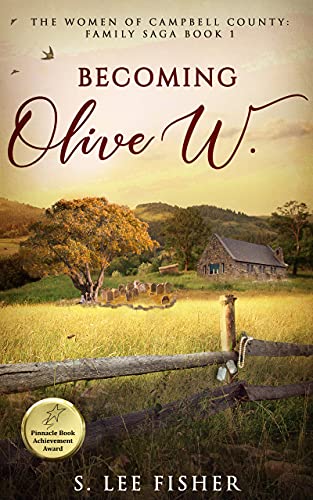