Echoes Through The Lives

The Confessional follows a young woman in search of her birth mother but uncovers life changing secrets instead. What was the inspiration for the setup to your story?

I grew up hoping someday I’d discover there had been a horrible mistake and my REAL mother was just out of reach waiting for me to find her. As it turns out, a sister and two brothers were the ones waiting for me to find them. Which I did, eventually. I am familiar with that yearning for family and hoped to convey that feeling in echoes through the lives of all three women in my novel.

Mirta, although small in stature, “grew large” when she needed to fight for her children. There was nothing she wouldn’t do, endure, and hope for the sake of her family.

~ Julia, an enigmatic character, chose freedom over family. Was she selfish or did she really do what she thought was best for her child? A lonely woman in her later years or enjoying the life of a jetsetter? Did she wish she had chosen differently? I left all that up to the reader to decide.

~ Francesca, romanticizing her birth mother at Mirta’s expense, was left to grapple with the face of love and what really makes a family.

The way women interact with one another at various stages in their lives and in times of despair was a driving theme for me. A woman’s strength and her ability to accomplish whatever she is called to do. All three women are independent, strong women adapting to challenges. Also a theme: Forbidden love when the deck is stacked unequally, as it often is. Then, of course, there is the overarching theme of those who’ve stolen power and through unthinkable terror impose their paradigm upon the innocent. Pure evil. I just had to write about it.

The working title is Losing Wait. It’s a novel about a fatherless, teenage boy with no male role model, struggling to become a man and take care of his mother, aunt and little cousin, Penny. I’ve enjoyed navigating through the mind and emotions of earnest, young Jed. It’s comical, and quite a departure for me, but ultimately deals with the theme of growing into oneself, and finding your star in the family constellation. 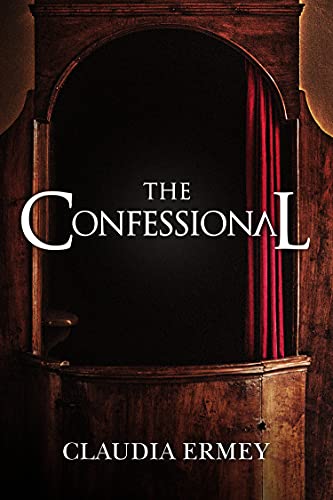 Mirta and Alberto DeSalvo, after facing the wrath of state terrorism when their daughter Teresa is snatched away by the military in the middle of the night, along with her husband Ernesto and their young daughter Christina, are offered a lifeline to escape Argentina by Julia, a wealthy woman, who helps them out and wants the couple to raise her unborn child, Francesca, as their own in a small town in California. She makes them promise that they would never return to Argentina and in fact give her child a safe and non catholic childhood.

Set during the Dirty Wars of Argentina in the year 1976-83, The Confessional is a stunning historical fiction reflecting the trauma caused by civic-military dictatorship as thousands of families were ripped apart, suspected liberal left-wing political supporters tortured and innocent people ‘disappeared’ at night. It spans across three generations and focuses heavily on the pain, anger, loss, grief and resentment felt by the women who were suddenly left bereft of their children, parents or husbands. Dedicated to the lost children and childless mothers, the story is a tribute to the strong women who protested against such cruelty.

The narrative is presented in a series of flashbacks, recounting bitter experiences of violence and trauma as the characters navigate through their lives, grieving their loss but never giving up. Fiercely independent in their own ways, both Mirta and Julia, refuse to bow down to fate. While Mirta testifies in court against Bastiz, Julia had travelled to Argentina to save Mirta from the torture camp she was held at, despite being pregnant. Interestingly, time and again, memory is used as a symbol of protest. This is as much a story about The Mothers of May as it is a celebration of motherhood, reflecting the subtle nuances involved in the role universally.

The Confessional is an emotionally-charged historical fiction novel that follows a riveting family saga.

The Confessional: A Peerless Short Story 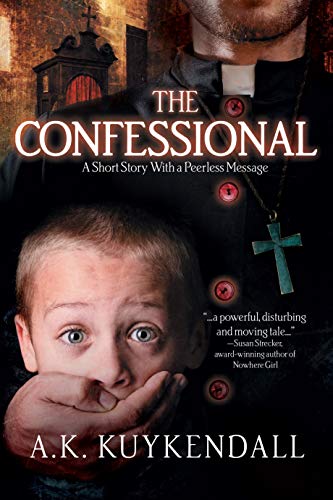 Reinhold Commons Webster likes being in church. His family hopes he will follow the priesthood path, and his only desire is to be an altar boy. However, he is thrust into an abyss of sadistic abuse. He watched his friend penetrated with impunity until he could no longer hold on to life. The same end awaited him. Therefore Reinhold makes a deal that provides him with a little reprieve. With no one else willing to help him or the others, this deal is his only hope. The deal does nothing to erase what has already happened but what comes next will have to be enough.

This story, albeit short, is aggressively evocative. Written in such detail, the candor of it is well justified by the desire to shine a light on this abomination. The author also puts a spotlight on the role of parents and other authority figures in all of this. Their adverse reactions to the damaging situations the victims are plunged into. Figures who choose to ridicule these children rather than save them from their plight.

This is a very purposeful book. It might seem a bit crass, but the painful detail in this story is very necessary and intentional. It works to ingrain an image that would potentially start a movement for the rescue of actual victims. The end is quite alarming and should serve as a warning to perpetrators.

The confessional is a place where people go to seek solace and relief from the burden of sin. However, in this instance the title serves as a reminder that these places represent personal hells for some people. As a reader, one cannot help but weep for the poor boys. One cannot help but advocate for the punishment of the perpetrator. This is the extent of the writer’s to appeal to the reader’s soul by use of words and language.

This story should be used as a rallying call against child abuse everywhere and especially of the sexual sort. It should stand as a war cry for abused children everywhere to appeal to their parents for help. It is evocative and stern in no uncertain terms. The author’s passion for this cause is obvious and this story is engaging and thought provoking.