Very Much into Romance

Red Thread of Fate follows a woman who discovers the ups and downs of having a relationship with an older man. What was the inspiration for the setup to your story?

This book is partially autobiographical and based on my own life experiences.

Zarah is an intriguing character. What were some driving ideals behind her character’s development?

Zarah is based on myself, and I was very much into romance at the time.

The themes are more psychological in nature. I wanted to have the themes of codependency, narcissism, and commitment phobia. They’re not usually fictional themes, but it’s something that happens the real world.

I’m actually working on screenplays right now, including the screenplay for Red Thread of Fate, in which I will make the main character a Vietnamese adoptee. Movies take a longer time to make than books and can take up to five years to make. Another screenplay I’m working on is a TV episode pilot about a national nonbinary support group. It’ll be comparable to Pose but focused on the nonbinary trans experience rather than on the binary trans experience and more diversity with Asian and Latinx characters as well as Black and white characters. I don’t know yet if it will be on Netflix or elsewhere. 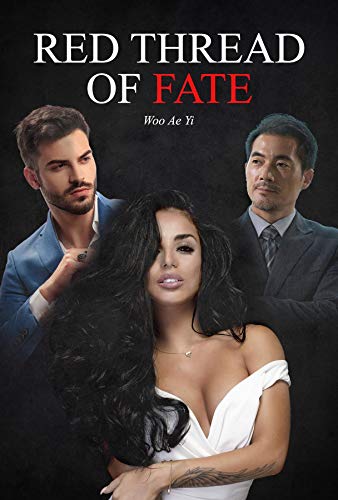 The Red Thread of Fate by Woo Ae Yi is a fiction story following a half-Black half-Korean woman named Zarah, who was adopted by a white father. She is a victim of emotional abuse but can’t seem to break away from her white boyfriend, Perez (aka Threat). When she gets a new job, she meets a man forty years older than her. But despite their age difference, she feels drawn to Yue Lao, a Chinese man who fought in the Vietnam War. After she finally ends her four year relationship with Perez, she moves away from Indiana to another State. But she remains in contact with both men. Will she ever be able to cut ties with the people who are connected to her by the red thread of fate?

Red Thread of Fate has an intriguing concept, and it was interesting to see how the author wove it into this story, which is intended as a cautionary tale. So much of our future is affected by things that happen to us in our past, and it is hard to overcome this without allowing ourselves to be pulled back in by previous self-destructive patterns. Despite the darker elements of the story, there were some humorous moments, which I enjoyed. I also liked that there were poems interspersed throughout the story. I enjoyed reading them, and they helped to provide additional insights into the characters and events.

While I thought this was a compelling and emotionally-charged novel, I thought the writing was hard to follow at times because, in the beginning, the book didn’t follow chronological order and included flashbacks that didn’t seem relevant to the chapter. Things seemed to be a string of random incidents rather than a story with a strong central plot with a smooth flow.

Author Woo Ae Yi has given readers a provocative romance novel that provides thought-provoking commentary on relationships and how they change and affect us. Red Thread of Fate is an intriguing romance novel with an alluring character and some emotionally resonant moments.

Profiles of KAD Relations with the Black Community helps readers understand how KAD can be a bridge in the Black Lives Matter movement. Why was this an important book for you to write?

I wrote the answer to that within the book itself, but essentially I didn’t feel that there was anything like it in existence, and I thought there should be.

What were some ideas that were important for you to convey in this book?

The role that Korean adoptees play in anti-racism.

What is a common misconception you feel people have about Korean adoptees (KAD)?

That they’re “not Asian enough.”

What is one thing you hope readers take away from your book?