← SHAME, GUILT, AND SURVIVING MARTIN BRYANT: One Woman’s Journey from Terror to Joy
From The Shadows: A Journey of Self-Discovery and Renewal → 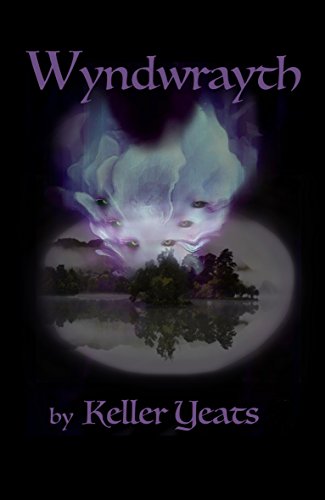 Wyndwrayth by Keller Yeats proves to be both interesting and captivating as the reader follows the central figure, Nick Swann, as he bumbles through his semi-isolated real world life and slowly discovers the existence of a second, more deadly world, all around him. These two parallel worlds slowly converge as you turn the pages to reveal what is undoubtedly a cleverly researched horror novel yet still containing moments of strong humour and absurdity.

The first passage of the novel only offers the briefest glimpse of what is to come as it describes events of 1016 in a place named Flotta in the Orkney Islands of Scotland. Much later a more sinister story is revealed, as the full impact of ghosts and ghouls condemned to a life of perpetual purgatory wreaking havoc from their haunted house for a 1000 years follows.

After this brief immersion into Norse mythology the story abruptly introduces the daily life of Nick as a self-styled geek, working occasionally on business research for associates at Bangor University, from an inherited cottage on the island of Anglesey in Wales.

Despite apparent excesses of marijuana, brandy and coffee, Nick still manages to investigate further into the mysterious local occurrences, drownings and inexplicable disappearances which all combine with the mythical backdrop to reveal the cold stark reality of evil forces at work on his doorstep.

As the chapters proceed the two sides are drawn ever closer to their inevitable confrontation – for the outcome you will have to read for yourself, but I quite enjoyed this ethereal mesh of myth and contemporary life. As the two classically configured worlds of good and evil come closer together will Nick and Wendy survive or will they pass into the world of the undead? The only spoilers I will offer here are that if you are offended by strong language and an occasional blood-letting scenario then turn away, but you would be missing an riveting story that I could not put down.

Initially, I did find Nick’s apparent excessive talking to himself annoying; but ultimately I felt like this added to his slightly eccentric and bohemian character. Wyndwrayth by Keller Yeats offers an enthralling well-researched read. The author is able to methodically create an enthralling character, place him in a vivid world, and face him against an enthralling antagonist. If you enjoy stories about myths and legends then you will certainly enjoy this novel.

← SHAME, GUILT, AND SURVIVING MARTIN BRYANT: One Woman’s Journey from Terror to Joy
From The Shadows: A Journey of Self-Discovery and Renewal →