← The Beauty of His Presence
Paper Heart → 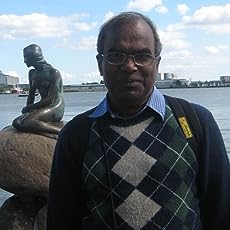 An Indian Goes Around the World – II recounts your travels through Europe and shares the amazing experiences you had along the way. When you first set out on your journey were you expecting to encounter so many interesting people?

No. It was those “amazing experiences,” as you put it, which I had in the early stage, that made decide that I must travel to as many countries as I can before I kick the bucket.

You come from a teaching an journalism background. How has your professional background helped you write this book?

My thirst for learning is attributable to the two professions I straddled. Whatever writing skill I have is attributable to my background in journalism. English is not my mother tongue. So to survive in journalism in the English language, I had to put in extra efforts to learn the finer points in English. I realize that I will have to continue those efforts until my dying day.

You state in the book that traveling has opened your mind. Do you think that everyone should undertake such traveling?

Yes, it opens your mind to many things you were blissfully ignorant of until then. When you travel to a new place and interact with the people there, you learn to your surprise that many of the notions you had about both were false. So traveling is not anly a learning experience, bout also a correcting process, in life.

It is a collection of some of the political and social commentaries I published on the online monthly I edit. It is expected to be out in about six months. Side by side, I am also working on my third book in the “An Indian Goes Around the World” series. 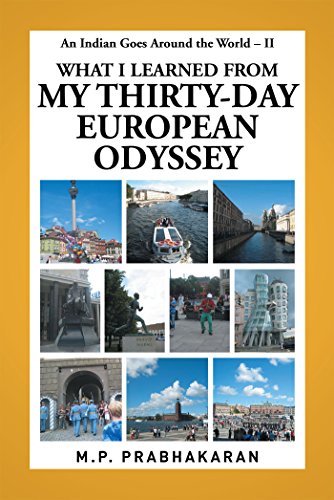 This is the second book by M.P. Prabhakaran on his world-trotting experience. The first one, Capitalism Comes to Maos Mausoleum, was published three years ago. This book is devoted exclusively to the 30-day tour he undertook through 10 countries of Europe in the summer of 2009.

If academic qualifications are a measure of ones learning experience, Prabhakaran says in the Preface to the fi rst book, he has a string of them, including a Ph.D. in Political Science from The New School for Social Research, New York. But, he hastens to add, what I learned from this prestigious American institution and, before that, from various academic institutions in India is no match for what I did from my travels around the world.

In describing what he felt at the end of the 2009 European tour, he goes a step further. The more I travel, he says, the more I discover my ignorance. He admits that his description is a
mangled version of poet Shelleys immortal words: The more we study, the more we discover our ignorance. But, he adds, he could not find a better way to express his enlightening experience.

The tour of 10 European countries, he says in the Preface to this book, opened his mind to various aspects of European cultures he had been quite ignorant of. Through the subsequent pages of the book, he shares with readers the knowledge he gained from conversations with people and from events and objects he got exposed to during that tour.

← The Beauty of His Presence
Paper Heart →