← Degsy Hay The Hay Patrollers: EVERY COMMUNITY SHOULD ‘AVE’EM
I Followed the Magic → 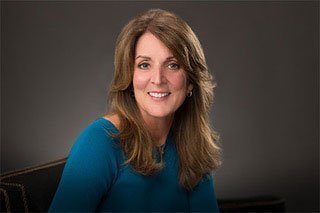 Gardening with Guns: A Memoir details the road you traveled from childhood to adulthood. Why was this an important book for you to write?

I have wanted to be a writer since reading my first novel as a child. To me books are pure magic. As my life unfolded it became more and more clear to me that my path was quite different from the norm. I felt that others would find my story interesting and that some who had experienced similar obstacles would draw inspiration from knowing they are not alone.

I appreciated how you didn’t shy away from the dark times in your life and shared them along with the good. What were some important memories you wanted to capture?

My childhood home. I have only fond memories of that house, our yard, and our garden – in spite of the negative things that happened there. I also wanted to capture my beloved grandparents. I often attribute my perseverance to them and their unguarded love for my brothers and me. It was also very important for me to capture the trauma I experienced surrounding my father’s death. In a way it is a tribute to him.

Looking back on you life after you’ve written a memoir, is there anything that you see differently?

If I could sum it up, I would say that all of the fearful and awful memories that loomed large in the back of my mind were greatly diminished and their effect on me neutralized.

I found this book to be ultimately uplifting. What do you hope readers take away from your book?

Just that! I wanted very much to tell the good and bad and to show that you can overcome. The keys are self-reflection, honesty, forgiveness and love. Oh, and one more important one – courage! It takes courage to face your fears, but the rewards are immense! 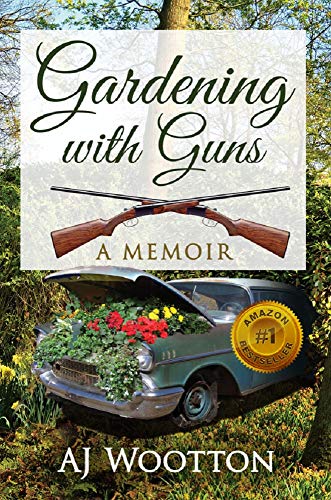 In the prime of her life, AJ seemingly has it all – a successful career, three thriving children and a marriage that spans two decades. Her hard-fought, adult life beams bright and in sharp contrast to the dark, gun-wielding, serial-parent changing, and starkly silent world she grew up in.

On the heels of her father’s sudden and tragic death, AJ finds herself questioning the life she has so carefully architected. Estranged from her mother, she seeks comfort in the revival of her relationship with her two brothers, all that remain of her childhood nucleus. The three siblings find themselves in a sad, yet familiar place as they bond in the midst of their loss, and relive together similar times from the turbulent and siloed childhood they shared.

In the months following her father’s funeral, AJ’s reminiscences compel her to see her current circumstances through a fresh lens. Concerns that her husband is leading a secret life turn from suspicion to fact as the void in their relationship widens, creating a troubling likeness between her marriage and the dysfunctional relationships she witnessed as a child. She struggles with the decision to honor her intuition and end her failing marriage, but the consequences of divorce still loom ominously in her memory. She realizes that she can no longer deny her buried past, nor its implications on her current situation.

This is a fascinating true story of one woman’s journey to overcome childhood trauma, and to listen to the inner voice that she has been ignoring for years. Written as a novel, her memoir traverses past and present, all the while painting vivid pictures of both her childhood and adult worlds, the similarities of which have become too numerous to ignore.

← Degsy Hay The Hay Patrollers: EVERY COMMUNITY SHOULD ‘AVE’EM
I Followed the Magic →