← Rising Up – Trailer
Love and Complexity → 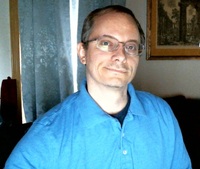 Soul Dark: Chosen thrust readers into the middle of a war between deities and demons that determines the fate of mankind. How did the premise for the story begin and how did it change as you were writing?

As we began, it started out as a simple good vs evil story. But it had to be more. What if you weren’t sure who was good or who was evil? Caught up in a world of hurt, can a person be expected to see through the pretenders? By the end, we realized that at a cosmic level, we are all just pawns of our beliefs, but also that those same beliefs can make us stronger or carry us through our darkest moments in life. We wanted something close to home, in rural Iowa. For our setting, we used memories of our grandparents farm.

What was the collaboration like between you and A.M. Wade on this novel?

I ( E. L. ) wrote the first draft, then we ripped it apart and put it back together. I am a terrible typist and have created a great number of useless words, which made it all the more fun. But We’re also weave-writers. We like to blend our ideas and changes. We also edited one another’s work and caught the plot holes. It was a lot of work but it was fun.

Lukas is an interesting and well developed character. What were some obstacles that you felt were important to his character development?

We kind of formed him after ourselves as teenagers. In HS we were quite often oblivious to the attention of others. With the tremendous powers Lukas had at such a young age, we wanted to make his every obstacle either challenge that power on equal or greater footing, or be a challenge where such gifts did not matter. Otherwise he could easily have grown into quite the psycho–though I doubt Sabine would have allowed that.

Do you plan to continue this story in a second book? If so, where would that book take readers?

We’re knee-deep in book two. The first act is about letting Lukas know exactly how much help he had in book one. (To build his character and to attract the attention of his new teacher, we had to make him feel quite alone, abandoned by all – Sorry bout that, Lukas.) The rest will tell us about his Grandma Helen, when she first came to the farm, fell in love, and first battled an all too familiar demon. Also more background on the mysterious stranger who tried throughout Soul Dark: Chosen to warn Lukas and Helen of what was to come. 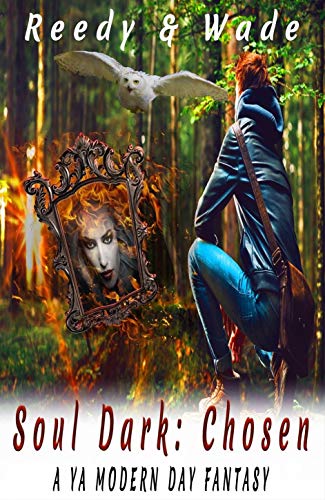 War is coming between Lukas’ Goddess and an ancient Demon Lord. But the death of his parents shakes his faith, and with the loss of his remaining family it is shattered. Blinded by rage, Lukas turns away from his friends and trains under a deceptive, yet formidable master to hone his magic and prevent the demon’s final objective–obliteration of all life on earth.

War begins! A forged weapon, Lukas rejoins his friends and sets after the Demon King. From a hidden crypt, where evil lies waiting, to the Iowa countryside, they battle to prevent the end of all they know. Lukas must overcome his doubts and allow the Light to work through him–to defeat both the foe of his Goddess and a new more familiar one.

Soul Dark: Chosen is a coming of age tale in the modern-day world when a war between ancient deities and demons culminates in a winner-takes-all battle that could determine the fate of all mankind.

← Rising Up – Trailer
Love and Complexity →