← Hurtsy: The Harrowed Hedgehog
The Monk →

Will we get arrested for this?

The Misplaced Man follows Sam who becomes the target of the company he works for as he tries to uncover the truth behind their technology. What was the inspiration for the setup to this intriguing novel?

Technology is moving at such a fast rate, and I remembered an old English space comedy called Red Dwarf, where they used Dream recorders. And with Mobile improving year on year, it has to be only a few years away till you can down load your dreams.

Sam is a memorable character that was both witty and interesting. What were some driving ideals behind his character?

Sam Blades is a mixture of myself and my brothers qualities. Good and bad.

I find that, while writing, writers sometimes ask questions and have the characters answer them. Do you find that to be true? What questions did you ask yourself while writing this story?

Will we get arrested for this?

What is the next novel that you are working on and when will it be available?​

Trying to finish the Misplaced Man Trilogy, hopefully by August 2019. 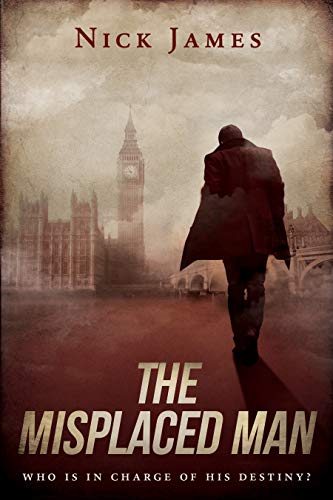 When Sam Blades starts work at Shimmering Dreams, he hopes to climb the promotional ladder and bring security for himself and his girlfriend. Hailed as the greatest invention of its age, he would be working on new technology that downloads your dreams to your phone.

But, unbeknown to him, somebody behind the scenes is pulling the strings.

What lengths will someone go to when they are forced to repay a debt? Is Sam being set up as the fall guy to take the blame for dreams being used for nefarious activities? Who ends up taking matters into their own hands with drastic consequences?

Follow Sam’s tongue-in-cheek journey through a world of industrial espionage where he blindly battles against an alcohol-fuelled boss, a corrupt copper, a revenge-seeking hitman and a tone-deaf busker.

← Hurtsy: The Harrowed Hedgehog
The Monk →