He’s Obsessed With Her

Char is an intriguing character that I felt I could relate to. What were some driving ideals behind her character?

I strive to make my characters believable. That’s why none of my characters are without flaws. I’ve written characters with depression, characters with insecurity issues, snarky characters, and even whiny over-dramatic characters, but when it came to Char, her flaws were my own. Every character I write has a little bit of me in them. Char, however, has a lot of me in her. It wasn’t intentional, but it worked. Everyone seems to relate to Char. It not only makes me feel good as an author, but also as a person to know that so many people can relate to my own personal struggles as well.

I felt like the book did a good job of exploring self esteem issues. What were some themes that were important for you to write about?

As I mentioned earlier, Char’s very much me. Char’s self-esteem issues are my own. As someone who has struggled with weight my entire life, I also wanted to make that part of Char’s struggle as well. In early drafts, I had her intentionally losing weight. But I changed it because it didn’t feel right for her story. She needed to learn to be comfortable in her own body, as opposed to transforming her body to meet societal ideals. As Char says at the end, “she is not every girl,” so I felt it necessary to make sure she remained true to that through it all. I also wanted to breathe some fresh air into the idea of a relationship where he adores her for who she is as opposed to her having to evolve into some “ideal woman” to win his affection. He’s obsessed with her for who she is, not who she should become, and I felt that was a reminder we all need.

Well, you never know when I might sneak something out. You just have to follow my social media for that. However, I can tell you that my next scheduled release is a romantic comedy entitled All the Wrong Places that will be out in summer 2019. It was so much fun to write. It’s not as deep as Anticipating Temptation, nor was it written to be. It was just meant to be fun. It’ll be the perfect beach read. 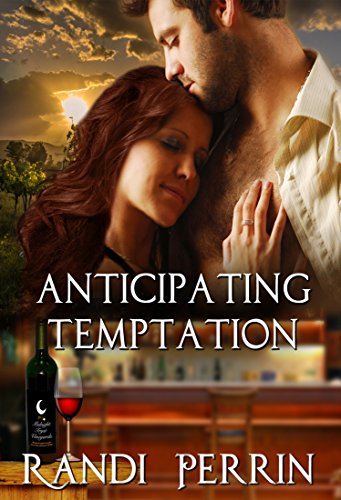 Char Brown is overweight and underappreciated. But at least she has a boyfriend and a job she enjoys.

Wait, scratch that. He just broke up with her. Over text. And told her to lose weight.

Overly self-conscious about herself and a classic introvert, Char isn’t sure what she’s got going for her anymore.

But Darryl Drummond sure does, and he’s insistent that she’s worth more than she thinks. The only thing he likes more than wine is Char, and he’s not going to relent until she notices. He’s a shrewd businessman and he didn’t get that way on hoping things worked in his favor.

Armed with a magazine column and a newfound appreciation for wine, love, and herself, can she recover from the bruises her ex left behind? Or will she be destined to live in the shadows of her own failures for good? 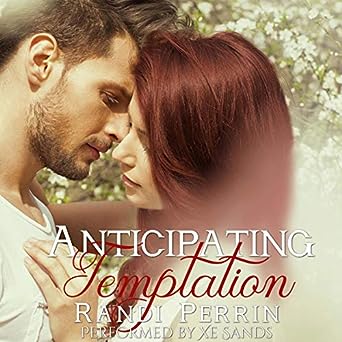 I listened to this novel as an audiobook and thoroughly enjoyed the narrator’s voice and dramatic affect along with character voices. This sultry novel brought to us by Randi Perrin introduces us to Char Brown. She is a 30-something woman working at a magazine with her closest, and maybe only, friends. She admires the slim, physique of her best friend, Jenny, and begrudgingly attempts to eat salads in an effort to attain a slim physique of her own. She has a strange relationship with her boyfriend, one where he hides her from his mom, so she’ll allow him to continue living at home. When I heard that part, I knew that Char clearly struggles with her self-esteem and you see this theme permeating throughout the beginning of this story.

Things quickly change for Char as the boyfriend breaks-up with her, in a terrible way, and leaves her feeling low and unworthy. Fortunately, she has good friends who get her out and suddenly her world changes and she is caught in a web of seduction woven by a handsome cowboy type…who also owns a wine bar and has a literature degree! I absolutely love how Darryl is immediately drawn to Char. For anyone who has experienced love at first sight you know how that feels and that it exists. Some people might find it creepy that Darryl was able to hunt down her phone number in under 12 hours, but I understand that when that intense chemical attraction occurs there is nothing that will stand in your way. This book brought back happy memories of my own meeting with my husband and how it took me by surprise and swept me away. For that reason, I had an extra appreciation while listening to this story.

It is always refreshing to read romance where the male character is working hard to build the confidence of his female interest out of admiration and respect. He doesn’t just try to bed her but shows an interest in who she is and truly finds her beautiful. It is so common for a woman to experience low self-esteem due to the world and men beating them down. It is nice to see Char experiencing this affection and adoration and starting to realize her worth. There is definitely a kink in the sexy cogs where Char is disillusioned and brought back to her former beliefs about herself but that is totally normal, and I appreciated that it wasn’t all just roses.