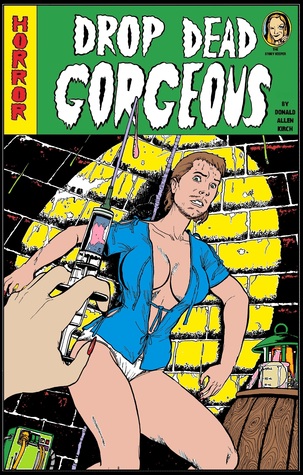 When Ray wakes up beaten, bloodied, and bound with duct tape in the bottom of a basement, he immediately tries to figure out how he got there and how he can escape. But his captor, the most beautiful woman that he’s ever seen, is hell bent on keeping him in captivity with her. No matter what he tries, he can’t seem to escape her or her captivating story of a husband’s ultimate betrayal and a wife’s twisted revenge that lead Ray’s captor to his town. As details of the woman’s past are revealed, Ray tries to hold onto the hope that he won’t be the next victim.

A story of revenge and insanity, Drop Dead Gorgeous, a novel by Donald Allen Kirch, taps into the craze of scientific experiments, the nature of man, and what actually makes a person a person. A dark imagining and entertaining journey, readers should be able to fly through the quick-witted and often hilarious phrases created by the author.

From the very beginning of the story, Kirch captivates the reader through his description of the setting. The vivid telling of the location of the main male character creates a dark, terrifying, and intriguing straight away.

The characters largely aid in the quickness of the story. But their quick and lively narration may be their biggest redeeming quality. Whether or not the author means for the two main characters to be sympathetic is lost. Though strong characters, neither of them is likeable. While Eve’s backstory tries to give a sort of sympathy to her character, her introduction and elements of her backstory demolish any chance of actual redemption of the character. The character of Ray also has no redeeming qualities. It’s difficult to want either of the characters to end up successful in the story. Although there are a few characters in the story, only one character, the female scientist, is actually sympathetic. But even then, she’s pushed into the unsympathetic category a couple of times during her section of the narrative, as if the goal of the characters is to prove that no person is actually good.

While some descriptions and characterizations delve into an exceedingly awkward and confusing style of writing, there is no doubt that the author excels in creating a believable, albeit disturbing, reality. 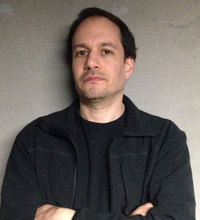