Chindi follows a military officer and tribal chief as they join forces to combat an ancient Native American demon. What was the inspiration for the setup to your story?

My inspiration for the setting for the novel grew from the area I grew up, as well from personal study of the main character, George Crook. He was a famous Indian fighter in the second half of the 19th century, but he was also the greatest advocate for the Native Americans of that time. The fort that bears his name is still a historical site near Fall River, in Northern California.

Specific to that time, I love the time period, because it enables a reader to harken back to when civilization as we know it was tenuous and fluid, with an unsettling and quick-changing backdrop for both cultures that are in the book. The chance to examine human conflict is heightened with the interaction of an otherworldly menace.

Your characters are interesting and well developed. What were some driving ideals behind your character’s development?

I wanted to insert a facsimile of the real Crook into a supernatural and evil occasion of history. His real-life persona was also obsessed with honor, but it’s great to explore how we as humans would deal with being honorable when your world is collapsing around you.

For his supporting cast of soldiers and his civilian scout, I plucked those men from actual rosters on the frontier of that time. I bet those distant people would be surprised to see where they’ve ended up 160 years later.

For the Natives he interacts with, I wanted to create characters that strongly represent the chaotic and often unfair times that Indians had to contend with. Hopefully, I’ve managed to make human stories out of the trauma to their people.

The most important theme to me is acquiescence to violating your personal values to make your way in the world—from both sides of the conflict. What could or should one do in the service of a higher goal? What price to pay for victory is too high?

My next novel, The Huntsman of Corvinus, comes out on December 15, 2021, and it will be available on Amazon in printed and audio form.

It is a contemporary story set in Budapest, where an American family is hunted by a supernatural killer. It should be a fascinating read, as it involves an ancient curse and normal people that must deal with a terrifying predator.

It’s full of excitement and violence, but also a twist and ending that is satisfying. I hope readers will like it. 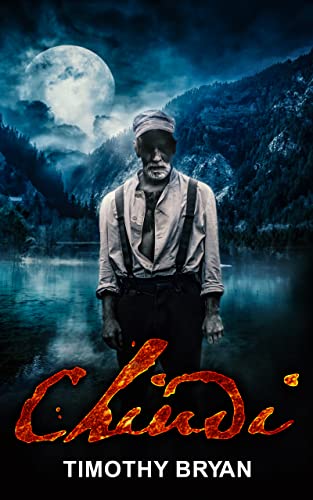