We are Living in Crucial, Transitional Times 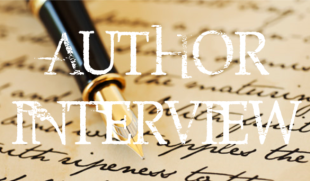 The Decline of Democratic Society in the New Age explores the current state of politics, economics, and society. Why was this an important book for you to write?

The idea to write this book came to me in September of 2016. Throughout that month I grew more and more amazed with what I was seeing on television every time I turned it on. Angry people protesting the candidacy of Donald Trump everywhere, even in Toronto where I was living. The intensity of the emotions displayed made an impact on me. I never imagined this many people cared this much about politics. Although I had been working on other things at the time it seemed to me that my first book should be about the politics of this era, so I dropped everything and started writing this book that very month.

The book delves deep into the failures of the US government since 2007 and the international effects of these failures. Why did you choose this year as the starting point?

The year 2007 was not the year the policy failures began, but it was the year the markets began to fail in alarming fashion, day after day. Economics are the lynchpin for all the political and historical insight that pours forth in this book. The book is not academic in nature and contains no jargon. It is for the general reader, but a relevant discussion of economic conduct on the part of government is essential when discussing the state of democratic society today. Democracy itself is still in tact, but societies (people) living under democratic systems are very much in peril due to what is going on economically.

What is one common misconception you find people have about today’s politics?

The main misconception people have about politics today is that it is driven by political concerns. It is not. I try to make it clear in the book that a lot of what goes on is about preserving power and wealth in the U.S. It is not about country or race or society anymore. Everything is motivated by the need to protect enormous wealth and the power it confers. Nothing else matters.

What do you hope readers take away from your book? Is there action that a single citizen can take to rectify our situation?

What I hope people take away from this book is what I state in the very first paragraph of the book. We are living in crucial, transitional times. The western world is not what it once was. Manouvres are being made to preserve economic, class-based power and democracy is very much in danger. What you can do right now is not very much. The source of massive stimulus into the NYSE is now the European Central Bank. They need to move it around every few years to prevent political consequences that might bring an end to it. With so much money coming from Europe, of course, the Europeans now have tremendous influence over the American economy. Since ECB stimulus began, in 2016, the American dollar has fallen in value relative to the Euro by 20%. It was equal to the Euro at the start of 2016. Now one USD is worth .8 Euros. What can somebody do? When the stimulus comes around to the U.S. again, and it will, you must demand, if the American economy is still in tact by then, that there be no taxpayer money injected into the pockets of rich investors and institutions. If they put you off, then I am afraid you will have to become more insistent.

Do you plan on writing other books?

I have about another five books in me which I do plan to write if the marketplace allows me. 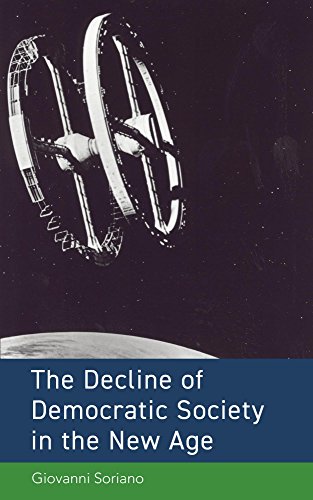 A deeply intellectual history of the present,The Decline of Democratic Society in the New Age outlines the historical events that have led the world into its current state of political, economic, psychological, societal, and biological demise. By identifying and discussing tyranny in its modern forms, solutions are made evident or provided throughout the text. Abounding with original ideas in every one of its thirty chapters, the book is a model of revolutionary thought and philosophical totality. It constitutes no less than a modern-day version of Plato’s Republic for the new century. Beyond this, the discourse possesses an unceasing intensity of tone found only in the purest of political tracts. Without doubt an intellectual, political, and historical necessity in this confused and disturbing period.