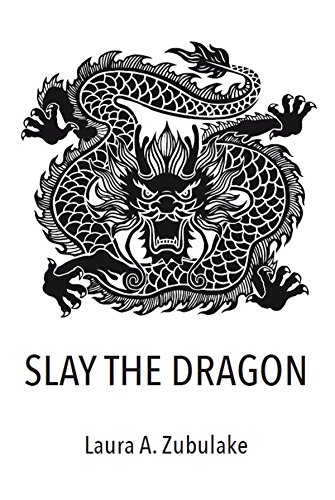 Slay the Dragon is an action-packed mystery about a man named Cesar Rosada. He is descended from a line of coffee farmers, a former professional athlete and now a rising politician with a single goal; to help the working class of his country. He is determined to fight for the rights of his people but there is one crisis he can not see a way out of, the opioid addiction. Working as the minister of finance he will stop at nothing to fight against corruption. This leaves him with a choice that will test his own morality.

This book was written by author Laura A. Zubulake who worked for years on Wall Street and is a frequent world traveler. She has written non-fiction before, but Slay the Dragon is her debut fiction novel. The prologue got my attention from the very beginning and is an engaging start to an intriguing novel that hits on a subject that is destroying families and individuals in America. Slay the Dragon does a fantastic job of using fiction to understand a complex problem, and helps you visualize the enormity of the opioid crisis today. I enjoyed how the world unfolds slowly, detail by detail, we get to piece together a seedy world reminiscent of the show Narcos. César’s character development reminds me of George R.R. Martin’s characters. They are characters changed, dramatically, by circumstances out of their control, and they’re just trying to adapt.

This story is exciting, dangerous, thrilling, and full of adventure. Cesar is the kind of character you can’t help but root for with his pure ideals and determination to help those around him. When his actions enter a moral gray area you can empathize. How do you find such entrenched corruption? Zubulake has written a world that feels real in its gritty depictions of South American politics.

From beginning to end this book held my attention and kept me guessing. This is definitely the book for you if you like political thrillers that leave you thinking long after you’ve closed the book.