Rose’s Thorn follows a homicide detective that’s thrown into an enigmatic murder case that turns into a race against time once the killer strikes close to home. What was the inspiration for the setup to this riveting novel?

Fifteen years ago, I wrote a screenplay which is the initial story for Rose’s Thorn. It sat languishing in my database for years, and one day my wife suggested turning it into a novel. I scoffed, saying I could never write anything that long. Then one day a few years ago, I had dried up on ideas for a new play and remembered what she said. So, I pulled up the screenplay and began adapting the opening scene into the first chapter. I found I could do it. Then I moved on to the second chapter, then the third, and thirty-some chapters later, I had the first draft.

Joe is an intriguing and well developed character. What were some driving ideals behind his character development?

You know the old adage, “write what you know.” I’m from Marathon, Iowa, a small town in the northwest part of the state. So, I made Joe from there, too. As a result, I instilled in him the same values and ideals I grew up with. His parents raised him to be honest, moral, sincere, and with a positive outlook on life. But I am far from the tough, intense guy he is.

I enjoyed the mystery at the heart of this story. Did you plan the story before writing or did it develop organically?

I use the same three-act structure for outlining a novel that screenwriters employ. And I outline the story in detail before I ever start writing chapters. That way I know where all the major plot points exist and all the minor events that lead to them. I am one of those writers who needs structure. But it has to remain flexible because if something changes while I am writing a particular chapter, I go back to the structure and make changes.

My next novel, Havana Brown, is the second in the Joe Erickson mystery series. It is a prequel to Rose’s Thorn, and it is due to be published by Level Best Books in March. I am presently working on the third book in the series, but I have just begun writing it. It is scheduled for release in March of 2022. 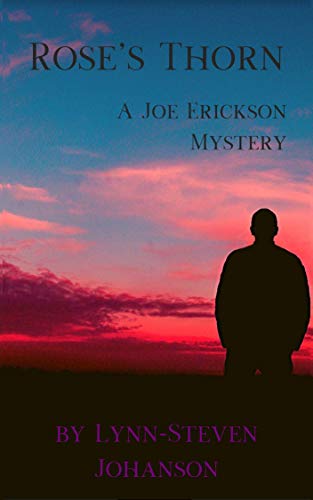 Rose’s Thorn is a wonderfully suspenseful and creative murder mystery. The plot centers around everyone’s worst nightmare: a seemingly quiet town turned into a hunting ground for a dangerous predator. Someone is violently abducting, raping, and killing the town’s young women, but there are so many clues that are missing. Not even the town’s police force is exempt from suspicion. Joe Erickson and Destiny Alexander must work together to create a profile of this vicious killer and put him away. But they have some chemistry of their own to spice up the plot.

Rose’s Thorn is fantastically woven with twists and turns that keep the reader guessing and on the edge of their seat. Each character is introduced in an artful and believable manner that gives the reader a sense of who they are right away. Even if that character does not stay in the story for very long. The action scenes as well are very compelling; it comes quickly and with heart-pounding intensity. There is also an element of dramatic irony that will make the reader want to shout at the characters and tell them what is going on! The characters are realistic and most are likable and relatable which makes the story that much more enjoyable.

It is a funny coincidence that a lot of these characters have names beginning with “J”. Joe himself is a unique take on the hardened cop in that he is not overly so. The audience is able to relate to Joe and see how he is affected by events and emotions unlike the common version of the trope, but we still get the sense that he is a tough guy who will get the job done. Even the minor characters who make small appearances are unique and realistic which draws the reader into the book even further as it appears to be completely plausible.

Rose’s Thorn is a riveting crime fiction that lures you in with a seemingly simple yet complex murder mystery and delivers an absorbing investigation for those that love police procedurals. I loved the plot, the characters (especially the strong female co-lead, Destiny), and the twists and turns. Author Lynn-Steven Johanson has written an thriller that anyone, teenage and up, could enjoy at any time. Just be sure to lock the door!