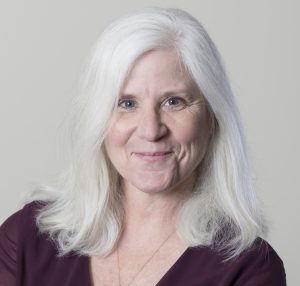 The Obsession is a thrilling crime novel that follows Jackie as she finds that she’s being stalked by a serial killer. What were some ideas that drove the development of this story?

Many of the stalker scenes really happened to me. It seems surreal at this point in my life, but it was terrifying and frustrating at the time. Thankfully, the murders were not true.

Jackie is a missilier in the Air Force. Why did you choose this profession as Jackie’s career?

I was one of the first female missiliers. At the time, it was the only combat role a woman could hold. The Air Force has come a long way since then. Many writers start by writing what they know. This experience was very close to home.

There is a lot of good red herrings in the book and it makes you see everyone as a suspect. Was this planned or did this happen organically while writing?

A little of both. In real life, figuring out the stalker did take a while. There were many options, and technology simply wasn’t as it is today. A phone trace was extremely complicated. There was no caller id. Some of the red herrings were added in after I got the initial draft on paper.

This is book one in the Jackie Austin Mysteries series. Where will book two find Jackie and when will it be available?

Wind the Clock is out now. In it, Jackie goes to Germany where she is working for the inspector general’s office. There is a plane crash, and the situation looks very similar to a scenario she wrote for an exercise so she gets blamed for it. She has to figure out the real culprit to get OSI off her back. (The books do not have to be read in order.)

At first, Jackie Austin tried ignoring the phone calls in the dead of the night. Fresh out of Air Force missile training and no stranger to harassment, she shrugged them off as a prank. But when the calls didn’t stop, unsigned love letters started arriving, and things in her house seemed out of place, Jackie started to worry. Were the men on base playing a trick on her or did they not realize that she wasn’t interested? And just how far would this harasser go?

In the neighboring town of Sedalia, a more ominous situation was brewing. Yet another young, single woman had been mysteriously killed in an ongoing series of grim murders. With the police on alert but without any leads, it was only a matter of time before the killer found his next victim.

Could Jackie be his next target?

Dawn Brotherton’s new mystery novel, The Obsession, tells two intertwining stories. Jackie Austin, a young woman in the Air Force, has recently bought a new home, although her career means she can’t spend too much time there. Jackie is the first female missilier, and her job takes her away from home a lot. Weird things start happening in her house, and she doesn’t know if she’s just being absent-minded, if someone’s pranking her, or if it’s more sinister.

Meanwhile, someone is murdering young women nearby. The police are doing their best, but the killer is crafty. It seems like a serial killer is targeting young single women, who are a lot like Jackie herself.

The novel is told in alternating, third-person sections, bringing both story lines together for an exciting finish. The author blends factual details of Air Force work to create a realistic setting for this mystery novel. Some of the subplots really rely on everyday details about Air Force life, like the “slam book” where bored workers can leave useful notes for the next shift, chat by pen with off-duty coworkers, or start nasty rumors.  Jackie’s friendships and relationships were clearly shaped by military life and scheduling, and the experience of being a woman in such a male-dominated area. This makes Jackie an interesting and easily relatable protagonist, which in turn makes readers worry about her safety as the drama unfolds.

I particularly enjoyed the hints, because there was a great mix of foreshadowing and red herrings, and it was fun to try to figure it out along with Jackie. As the reader grows to care about Jackie, it’s hard not to view everyone around her with suspicion. When strange things start to happen, there are just so many possibilities! Is one of the guys at work joking around, trying to play a silly prank on a teammate? Is a male coworker jealous of her success and deliberately trying to frighten and unsettle her? Or is she the target of a killer?

Without revealing too many spoilers, I will say that I enjoyed Jackie’s good sense under pressure. Even when in danger, Jackie’s no damsel in distress. The novel blends some of the unique challenges of being a women in the Air Force with a murder mystery.

This is the first in a planned trilogy of Jackie Austin mysteries.