The Ideas of Good and Evil 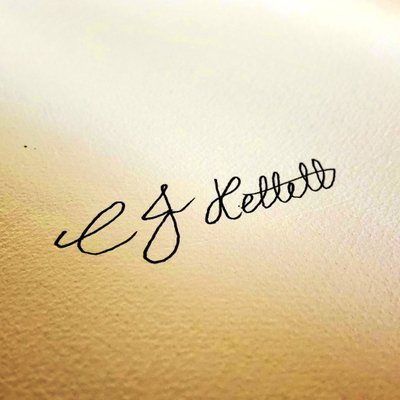 The Victory Perspective reveals a new angle on the creation story complete with a dark and foreboding side. What was the initial idea behind this story and how did that transform as you were writing the novel?

I have always been interested in religion as a subject. As a non-religious person, I view the subject as an area of interest rather than a personal investment. I was thinking one day about how different people view the world based on the particular coloured glasses they wear, whether that be social, religious, socio-economic etc. I started to think about the view of people who follow a number of religions and that they follow teachings that state in a matter of fact way who is who; and the ideas of good and evil are central and accepted. But, what if everything we thought we knew was completely the opposite? That thinking led me to write the creation story everyone knows from a different perspective, where everything is the opposite to what we think. The idea transformed quite a lot as I was writing the novel, it grew to include more social issues and to tackle some of the nastier and more obscure subjects of the bible that are accepted but not generally discussed. Strangely enough, I actually initially thought this story would be humorous. It turned out to be definitely the opposite of funny. But early human life was brutal no matter which way you look at it, and I think that came through in the end.

Your characters are the personification of mythical religious figures. How do you capture the thoughts and emotions of an angel type being?

I just view them as people, almost the ‘first people.’ My thinking was that we are like them, not the other way around. The way that humans behave, act and talk is all because of the ‘makers’. The character of God makes humans to be like him in every way, including volatile emotions. This is one of the reasons I decided the characters would talk in modern verse, I wanted the characters to be more approachable and relatable.

What were some of the trials that you felt were important to highlight the characters development?

The violence is a big part of this book. Humans can be a brutal species and following the logic of this book, so can the ‘person’ we were created for. A lot of trials are over looked from the creation story. Eve for example, after being cast out of Eden, what happened to her? What might she have gone through? I felt it was important that the brutality of life played a big part in this story. With Lucifer, I felt that although he endures a lot of physical pain, his trials are equally emotional. Dealing with loss and reconciling it with guilt can produce emotional torment with just as much impact as physical torment.

I am starting work on the next book in this series. The Victory Perspective Vol. 2 will continue the story, highlighting Lucifer’s continued fight for human-kind and God’s continued attempts to manipulate events to his advantage. Expect Vol. 2 to be out next year.

A story you know, just not as you know it.

Five individuals find themselves in a wondrous paradise with the perfect climate and boundless resources. But when one develops remarkable powers, he hatches a plan to take control of his comrades and create his perfect world by any means necessary.

Beneath the veneer of life lies the darkest truth of all. Perspective is blinding.

In The Victory Perspective, author E.J. Kellett will change the way you view the world. Turning the classic creation story on its head, this thrilling and thought-provoking dystopian novel pushes the boundaries of our preconceived notions.

“I lived in that place with Alpha, there were five of us. When I gained the courage to stand up to him, he banished me to a place that is worse than anything in your world. I am there now, stuck for eternity to suffer at the hands of a self-proclaimed God.” 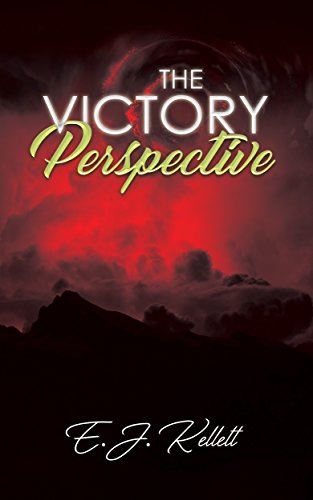 The Victory Perspective, by E. J. Kellett, reveals a new angle on the creation story complete with a dark and foreboding side. Five beings materialize, quite literally, in the first chapter and proceed to make their way through the world around them while one of them, Alpha, emerges as leader. Raphael, Michael, Lucifer, and Gabriel seek ways to understand Alpha’s powers as they develop, strengthen, and subdue the other four. Alpha’s abilities overwhelm the others as he levitates, forces the others into virtual servitude, and begins presenting them with stunning creations, including human beings. When Raphael disappears from their camp, Lucifer must begin a battle within himself as he searches for his friend.

I was immediately taken with the beautiful language penned by Kellett. The striking descriptions of the landscape and the amazing emergence of each of the five beings is breathtaking to behold. Kellett is a master with the written word and fashions fascinating depictions as they grow in their cognizance.

Kellett incorporates several episodes of violence in order to emphasize the differences between his characters and demonstrate Alpha’s dominance. Like the other four stunned onlookers, I struggled through the sight but find it a fitting method for establishing Alpha’s place in the world and helping the reader sympathize with Lucifer as the plotline progresses. Their horror at Alpha’s growing strength and their wonderment at the tools, weapons, and shelters he is able to fashion are highly relatable feelings.

I was, at times, taken aback at the rather familiar tone of the characters. To hear characters who I associate with angels speak in mundane terms, sometimes using slang, was a bit off-putting. The intensity of the creation story seems to call for a more formal tone, even though this is a far cry from the traditional story which most readers would readily recognize. I had a hard time resolving my discomfort with hearing Alpha, depicted as the creator, curse.

Some readers may find the description of evolution unsettling. As Alpha discovers his efforts to create humans go somewhat awry, readers will find that he is not in complete control of the process. The resulting beings are not pleasing to him. (This is only one of the ways Alpha is very much humanized throughout the reading.)

The closeness between Lucifer and Raphael is touching, and Lucifer’s insistence at finding Raphael at all costs keeps the reader involved in the plot. As the two discover more about themselves and more about Alpha’s intentions, their relationship mimics human exchanges. Again, this is not something most readers are used to seeing from depictions of divine beings. Making that transfer to a different mindset might be a struggle for some.

Lucifer’s reappearance in the Garden of Eden places a new spin on the Tree of Knowledge of Good and Evil. In fact, one of the most iconic scenes we know from the Bible story is, here, given all the qualities of a drama. Lucifer, though always a major factor in Eve’s decline, is personified by Kellett and shown to be thoughtful and not without worries of his own. In addition, Adam and Eve’s conversations are basic in language and have a commonplace feel.

While beautifully written with remarkable imagery, I was not completely comfortable with the take on the creation story. However, there is much to be said for this reimagining of the immediately recognizable story of the origins of our world.