The Winter of Swords starts when Eisa is snatched by a monster which begins the convergence of several different characters. What was the inspiration for this thrilling story?

The story was originally inspired by a song: “Protectors of the Earth” by Two Steps from Hell. I visualized a scene in a forest clearing, where an army of dark creatures, led by a terrifying six-limbed beast, faced off against a massive wolf. I wrote the sequence with the intention of having my protagonist realize that he shares a magical bond with this wolf (a spirit guardian of nature). After finishing the chapter, the story took off in a completely different direction. I’d been reading a lot of fantasy at the time, and struggled with the disappointment that so much of it was the same, and not just tropes, but theme, archetypes, and even magical creatures. I was tired of dragons and elves especially, but also of questing heroes. I wanted cool new beasts, but more so, I was looking for something that would terrify me. The answer was Doombringer – whose physical presence might only be surpassed by his cunning and intellect. I wanted a creature that characters can’t simply run away and hide from, but one that watches, understands, and hunts them. I structured the beginning of the story differently, too, as I wanted to defy expectation and convention. And heh, everyone loves a good twist! Eisa, Hunter, and Luca are integral to the overall arc in the series, but their stories don’t necessarily move as most people expect. A seemingly routine trip into the wilds to collect resources proves to be the catalyst for a much grander story in scope and scale.

There’s an assortment of varied and well-developed characters in this novel, and I found everyone to be interesting. Who was your favorite character to write for?

This is a hard question to answer, as I love all of my characters. In fact, it feels like trying to single out one of your children as your favorite. But if I had to choose, I would say that Roman is my favorite to write. As you discover in The Winter of Swords, he has a fairly tragic backstory. To me, Roman represents resiliency, honor, and an unflappable sense of nobility. He’s introspective, shy, and a bit socially dysfunctional, but it’s his relationship with his adoptive companion, Tusk, that makes him so loveable. So many people struggle to fit in, and Roman is no different. I think that, in part, is why his interactions with Dennah are so much fun for me to write. You get to see how two people from vastly different upbringings can bond and find mutual ground. I don’t want to spoil anything, but Roman is also probably the most complicated character in the series – for reasons people will see by the time they finish Before the Crow. Beyond Roman, another of my favorites was Balin – a slippery rogue in Gladeus’ employ. In the original draft of the book, Balin appeared for a total of two or three paragraphs. By the time I finished the draft I was so enamored with him and his story that I had to go back and expand on him as a character. I think those morally gray characters can add such a wonderfully complicated dynamic to the story.

I enjoyed the in depth world building in this book. What were some themes you wanted to capture while creating your world?

I wanted to present the concept of the “ancient evil returned to threaten the world”, but wanted to avoid the “good vs evil” light fights the dark, or the evil lord who refuses to die returns once again to enslave the world, tropes that were prevalent in Lord of the Rings, Harry Potter, and so many others. That in part is why the readers get to see the antagonists, too. By seeing their rebirth, understanding a bit about their fall, and their motivations and aspirations, I think it makes the conflict a little richer. I’m also a huge nerd for history. So much of the back-story in Denoril is shades of feudal Europe, the protestant migration to the new world, the concept of world war, and the effect of colonialism on indigenous people, and abolition of slavery. The theme of indigenous people plays out in with the dalan – a magical people readers don’t necessarily get to meet until a little further into the series. I think it’s worth the wait!

This is book one in the Overthrown series. What can readers expect in book two, Before the Crow?

Oh, boy! That’s the question. The Winter of Swords really sets the stage, but like so many introductory volumes, it scrambles things up and tears the characters down. Before the Crow picks right up where Swords ends in that regard, so it is definitely “binge ready”. The conflict deepens and spreads, but the cat is out of the bag to an extent, so we get to see how some of our characters start to deal with the threat, but also what might set them apart from everyone else, and in the end, help them become the heroes Denoril needs so badly. For people who read through to the end of Winter of Swords, I strongly suggest they go right into Before the Crow. They just might find some events at the end of the second book incredibly rewarding! 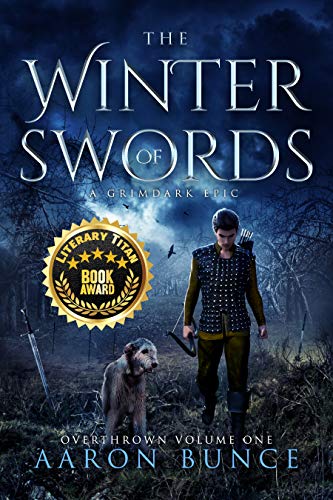 An intelligent, six-limbed beast snatches a girl away from her family.

An orphan confronts the darkness in his past, while a menace stalks his small town.

A young woman cast into servitude tries to forge her own path in an unforgiving world.

And an inexperienced soldier following the path of honor and duty comes face to face with a foe born from his worst nightmares.

Seemingly unconnected, this small group of normal folk will fight to survive, for an ancient evil has awakened, and Denoril will need heroes if it is to endure The Winter of Swords. 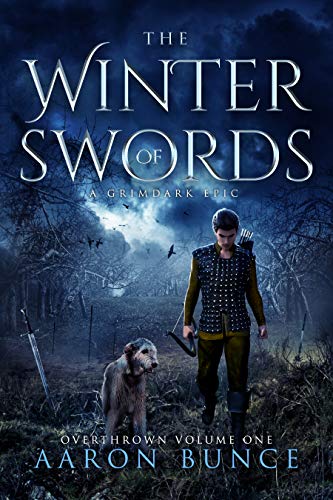