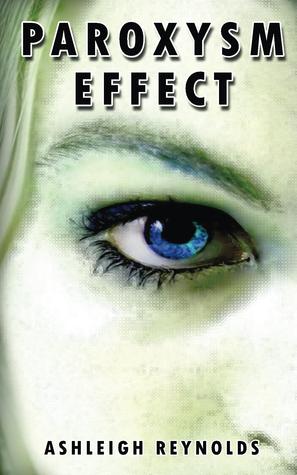 Human beings can be the most destructive, manipulative creatures on the planet. Ashleigh Reynolds captures this with fierce elegance in her novel Paroxysm Effect. What begins with a futuristic world where people are chipped in order to control their emotions devolves into an end-of-the-world scenario that will have you guessing what Reynolds possibly dreams about at night. Our protagonist, Gemi, finds herself in the center of the world’s destruction as people all over begin to succumb to madness as the chips they have lived with for untold amounts of time begin to go haywire. Mild mannered receptionists are ready to dice their coworkers to pieces. Strangers in the streets are murdering others before anyone can fully grasp what is going on. Gemi tumbles out into the middle of this madness only to be rescued by the handsome Jaxton and his military band of unchipped soldiers.

In order to read this book, you must be comfortable with blood: because there is a lot of it. Between the savage beatings in the streets there follows the betrayal of friendships and the viciousness of angry, threatened women. Gemi is a fish out of water: she’s being pulled along for the ride as the military group tries to save themselves from the regular humans whose chips have malfunctioned. We learn that military members are not chipped in an effort to keep their emotions clear and functioning: they need the ability to make snap decisions. Gemi is considered a normal human from a society where chipping is commonplace. With the world going to hell around them, it’s no wonder that other members of the group look upon her with disdain and treat her like a parasite; all while waiting for her to go berserk so they can put her down.

The severity of the attacks seems to increase along with the page numbers. Reynolds is not afraid to show the ugliness that permeates the human soul. While human beings tend to pride themselves as refined and cultured, Paroxysm Effect shows how twisted and despicable they truly are.

With a quick pace and excellent story-telling, Reynolds isn’t afraid to push boundaries and ideals in her novel. For her debut into the literary world she certainly didn’t waste any time getting to the nitty gritty. You can feel the time and effort Reynolds put into developing her world and her characters. She sees the story all the way through; even with the massive twist at the end. While most twists tend to negate everything that happened before them, Reynolds instead uses her twist to full advantage and propels the tale along.

If you’re in the mood to have your mind played with while pondering the potential benefits of a behavior modifying chip, give Paroxysm Effect a read first and then determine how comfortable you’d be leaving your emotions, the very things that compile our personalities and make us who we are, in someone else’s dastardly hands.