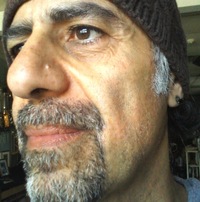 Silverblood Demons follows Kylar as he is plagued by demonic dreams that have turned sexual and led him to father three children. What was the inspiration for this interesting and provocative idea?

Thank you so much for asking that question. Since I was Kylar’s age I have been having ‘exactly’ those experiences. Sometimes they would happen day after day, and at other times it would stop for a year or so. After countless nights of terror I began to realise (I’m British, hence the ‘s’ in realise) that despite the supernatural element to the sexual advances upon my body, I would find myself in a weird and wacky way not entirely ‘unhappy’. Part two of the answer is that after talking about this to a close friend that teaches acting classes at her college, (The character Kat in my novel was inspired by this friend) she suggested that I write a book about my experiences and that led to Silverblood Demons being born 🙂

In a whirlwind fashion Kylar is plunged into an unexpected quest to rescue the daughters he never knew he had. What were some influences for the relationship between Kylar and his daughters?

Wow, I never even asked myself that question. Hmm, I guess if I dig really deep, in a flashback kinda way, I’d have to say that the daughter’s my first wife and I lost during her miscarriages may have led to me bringing them back to life in a way that I could reconnect with them again…

There is a lot of well developed characters in Silverblood Demons. Which character was your favorite to write for and why?

Lol, I really can’t select just one without upsetting the rest of my novel’s sister’s and daughter’s etc. They are in many ways, different aspects of who I am in my imagination, or would like to be when faced with real life’s challenges. Sometimes when I’m dreaming I think they visit me (Yeah I know it sound like I’m really ‘out there’ and then again, maybe I am?) they seem to give me clues about which direction I should take in my life. 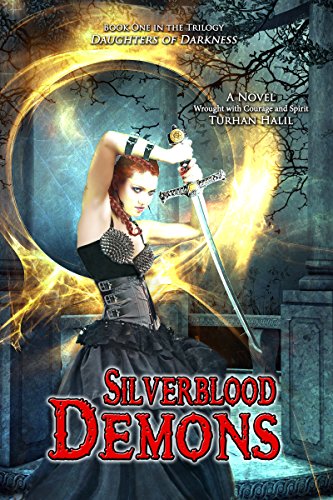 Twenty three year old Kylar has finally had enough of the demonic nightmares that have been plaguing him since childhood. Deciding to learn why some of them have turned so sexual, he seeks answers at a close friend’s occult bookstore where she reveals to him that he has been used by demons to father three girls while in a semi-state of sleeping. Soon after, he also learns that he has two estranged sisters that have incredible powers and together they set out on a journey that takes them to literal Hell and back in an effort to rescue his daughters. While embarking on this quest, he struggles internally with an existing relationship with his current girlfriend. It becomes further complicated when an ex-girlfriend, Sin-dy, that has never given up on the idea that one day they would be together again, also joins him as they face off several times with the demon Ophelexa and her sidekicks. One of his daughters, a natural born warrior, fifteen year old Amber, becomes an integral part of the battle to take back home not just her siblings, but millions of other teenaged virgin girls held in a ‘Paradise’ in Hell that are destined to be used in a fiendish plot to give birth to more demons and ultimately control all of Earth’s inhabitants. Risking everything for everyone comes along with a heavy price that is paid by all that set out on this epic battle that has more beginnings than endings.