← Modern Day Cowboy: The Making of a Gunfighter
Coffin Dodgers → 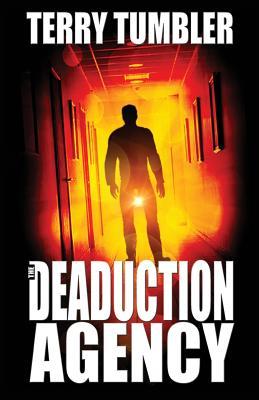 Do you like TV shows like Psychic Detective, The Dead Files or Medium? If you do, this book is for you. A team of psychics, telepaths and remote viewers—along with police support—investigate several cases of disappearances, murders, and missing persons.

The author opens the book with a foreword with many examples of actual cold cases, murders and disappearances that were solved by psychics. Some of them went on to fame and fortune, while others work quietly with police, presumably to this day. However, the fictitious psychics at this agency have skills and near-future technology that gives them powers above and beyond what famous psychics can do.

The founders, Richard, Honey, Rose, and Chuck, are joined by Joe Fraser, a billionaire from the U.S., joins the firm to help them make connections with local law enforcement. Their first case is a real challenge, involving a contentious divorce rife with infidelity and manipulation. Could Ms. Nicky Lestrange be married to a psychopath, or are there even darker things afoot? Honey’s psychic trail leads them into the life of a man who is hiding more than a much younger girlfriend. This case is the longest and most detailed of all, and the rest of the book delves into cold case files and unsolved mysteries, and the individuals on the psychic teams that resolve them.

The Deaduction Agency had a slow start that bogged down the opening of the novel. The first two chapters seemed caught up in describing every detail of the office and their technology but didn’t flesh out the characters very well. Some of it was high-tech and interesting, but I found myself wanting to get back to the “Case of the Deranged Husband.” Once that first case gets underway, we get to know the characters very well, and the rest of the story shines through.

The many the cases undertaken by the psychics range from very quick and easy, like the “Case of Spontaneous Eruption,” to edge-of-your-seat cases, where one of the team members places herself in danger to catch a serial killer. My favorite was the “Case of the Prodigal Son” which offered a surprising conclusion. Each case is like a series episode, which makes it fun and easy to read. One involved a scene of vigilantes murdering two men. In another, a pedophile ring is broken up, and after the perpetrators are arrested, their memories (and their quite literal demons) are destroyed by a machine called a “spectrometer.” Later, we learn what became of those men, and while it doesn’t absolve the Agency, the mediums would be able to use their machine for a different purpose. Indeed, by the end of the novel it’s clear that the Agency is changing its focus—for better or worse, it remains to be seen—and greater things lie ahead for Richard. With all of this there’s still a primary plot that develops throughout the course of each investigation.

If you like tales of paranormal activity, remote viewing and the powers of the mind, The Deaduction Agency is a multi-layered story with intriguing characters that you’ll enjoy.

A REPLY FROM THE AUTHOR:

A final, general observation on the review itself. The opening scene is criticized for its excess of descriptive detail, That is almost a verbatim criticism made by another reviewer, Marta Cheng in 2015, who stated: In some places, such as near the beginning of the book, there is an inordinate amount of detailed explanation provided as to the set up of the agency’s offices – details that detract from the momentum of the story. In response, I cut down the detail to a mere 360 words, which is hardly inordinate! It also became apparent that Marta (who got fond of changing her surname to put me off the scent) had not read the book in its entirety and was intent on having a dig at another reviewer from the same stable as herself.

To emphasize why it was done, I then suffixed the description with the following sentences:

Richard, the most senior partner in the agency, was busying himself constantly re-arranging brochures on a side table in the waiting area in reception. It was a quirky habit of his that Honey found most annoying. It also reflected his fussy preoccupation with orderliness and exact measurements.

Naturally, he was the architect of the office layout, which Honey was often tempted to rearrange, solely to unsettle him.

Love scenes soon followed as well! Some of this preoccupation is revisited later, as part of Honey’s tangled love life. What more can an author do?

← Modern Day Cowboy: The Making of a Gunfighter
Coffin Dodgers →