Wrath of the Fallen 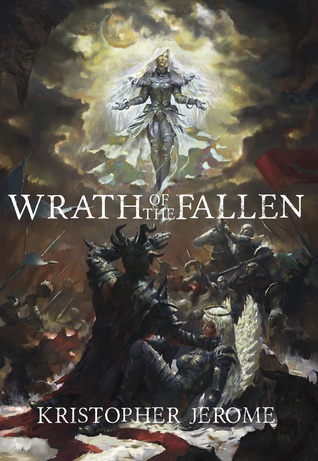 Wrath of the Fallen by Kristopher Jerome is the first book in a series about the battle of good vs. evil with mankind stuck in the middle and suffering because of it. The war went on for thousands of years until one side seemed to beat the other into submission. It seems as though mankind gets a break as the demons and their minions seem to be disappearing. Trent, a Paladin of the Light thinks something’s not right and follows them with his friend Devin to discover what is truly happening in their world. What they find is more than they bargained for.

I personally find stories about battles against good and evil to be right up my alley. I’m a fan of shows like Supernatural that portray angels and demons in a different light than just wearing halos or poking people with pitchforks. The characters in this book are well written and easy to visualize. The battles were bloody, which didn’t bother me in the slightest. After all, this is a book about a war. If there wasn’t violence I would have been disappointed!

Trent has some issues that make him a realistic character, in my book. In reality, people are a bit twisted from their past and current situations. He was very lucky to have his friend Devin with him on the journey to keep from losing himself. I won’t say how, sorry. Read for yourself if you want to know!

The twists and turns of Wrath of the Fallen kept me reading when I should have been sleeping. I don’t often stay up to read a book, but I had problems finding a place to really stop at so that I could get some rest. For some reason, I had thoughts of Frodo taking the ring to Mordor with Sam. I am not quite sure why, since it was a bit of a different situation, but what can I say? Perhaps it was the adventure itself with two friends.

While the ending was abrupt, I get it. There are other books to the series and a cliffhanger was needed to keep you wanting more. I don’t mind this at all. If anything, this shows the art of a true storyteller. They can suck you into this new and magical world and leave you wanting more, not ready for it to end just yet. While I had not read a fantasy novel in quite a while, this book put me in the mood to go back to this genre for the next few books.

Overall there was lots of intrigue and drama to keep me reading, and the characters were very well written. I tend to get put off by things like paladins and things like that, but that is just me and one of my many quirks. I would recommend this book to anyone who enjoys epic fantasy stories about good v. evil.