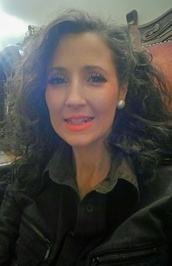 Once Upon a Time Slip follows young China Winter as she discovers her ability to cross worlds and finds herself summoned by the father of time travel to save humanity. What was the inspiration behind the setup to this thrilling novel?

I am absolutely fascinated by the paranormal, history and the whole steampunk movement. As an artist, a lot of my paintings and sculptures are heavily influenced by these three genres and my interest in art eventually began to seep into my writing. I have a love of antiques and learning as much as I can about past inventors. I also read a lot of scientific journals and have a huge interest in the whole concept of parallel universes, time travel and time slips. My biggest inspiration behind the book was the great Nikola Tesla. Other influences have been the volumes of history books and war stories I have devoured over the years. I wanted contrast in the story and so my main character is a futuristic, steampunk girl. I liked the idea of having a protagonist who would be willing to sacrifice themselves in order to save the whole of humanity if it was necessary.

China Winter is an intriguing character that continues to develop throughout the novel. What were some obstacles you felt were important, to highlight her character development?

The biggest obstacle for China was having to choose sides in war which seemed to have no boundaries. Her loyalties were being tested throughout the story. Being faced with life altering decisions which would have led to suffering and loss, was the ultimate challenge for such a young girl. Falling in love with a dead man led to a fork in her path of destiny.

The story takes place in a steampunk future where wild inventions abound. What were you favorite inventions or tech to create and write for?

Without giving too much away, I loved creating new time travel devices throughout the story. I felt that it was necessary to have more than one mode of time travel transportation in order to give the full impact of how extremely advanced technology is yet to become within the future.

I am currently working on the sequel to Once Upon A Time Slip which will become available in 2019. I cannot leave the readers breathless and tingling with anticipation as they stand at the edge of a mighty cliff hanger! 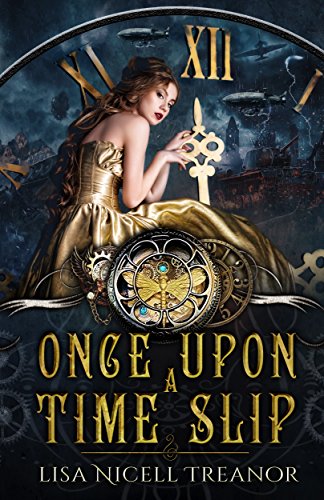 The future will crumble as history re-writes itself in the great time travel apocalypse.

It is the year 2258 when nineteen year old China Winter discovers her ability to cross the veil between worlds. On a quest to find her missing brother Maddox, she finds herself summoned by the father of time travel – Nikola Tesla to help save the whole of humanity; both past and future souls. China must sacrifice so much as she is dragged ever deeper into a treacherous and eternal time war.

Stepping back in time from her steampunk-esque existence, China finds herself caught up in the most incredible battles. Every army that ever existed can materialise in the wrong time or place, at any given moment to lay siege upon the earth. Slipping back and forth between the mists of time, history re-writes itself, playing havoc on the very fabric of reality. Can she survive the world of hauntings, poltergeist manifestations and time slips to save the universe from complete obliteration?