← The Secrets We Keep
Away From Home Book Trailer →

Voice of a Crimson Angel Part I: Persecution 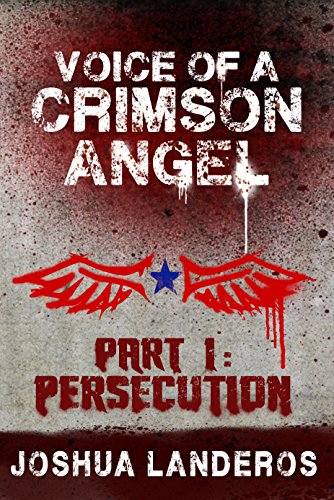 The fifth installment of the Reverence series, Voice of a Crimson Angel, by Joshua Landeros is both an intimate and thrilling look at the lead up to his debut military science fiction series. Julissa Marconi’s life was pulled apart after her husband went into a coma. Her relationship with her daughter is on the brink of falling apart, friends have disappeared from her life, and the only solace she finds is at the bottom of a bottle. This all changes when Dr. Neeson offers her an open door to change her life and with the help of allies like Captain Halsey, and she grabs the opportunity to fight. The ever-scheming Chancellor Venloran has his own designs afoot for the expansion of the United Nation Republic.

With this new trilogy Landeros is giving background and context for his series, while also showing that the ever present villain of Venloran has been around for a long time in all of his power. If you’ve already read all the way up to Ballad of Demise, then this is another superb excuse to dive back into this torn apart world of super soldiers and war.

Landeros still manages to deliver on his strengths of dialogue and action. The beginning of this novel might start slow, but it picks up that familiar fast pace I have become accustomed to from this writer. Still heavily leaning into the military science fiction legacy, Landeros uses this to full effect in the near future of the United States and pushes it further with the backstory development of characters we haven’t either met or gotten fully developed in past stories.

While, the ending clearly makes room for a sequel, the novel itself is still satisfying on its own merit. It will be a treat to see where this new series goes and if there is something new waiting for us at the end, which we can hope. This stage setting series should please fans of the books and of science fiction in general with the way it keeps to the best tropes, while making fresh the well trampled ground of such narratives. Landeros keeps pushing his world deeper and expanding the horizon of both the characters and story line while managing to give readers a ride they won’t soon forget.

← The Secrets We Keep
Away From Home Book Trailer →