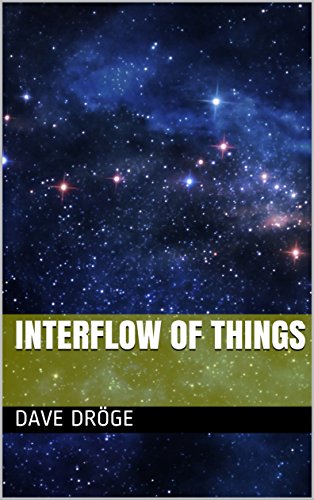 The year is 2050 and the overreaching A.I. is about to achieve total domination of the planet. If it succeeds, the end of humanity is certain. No resistance is expected since the human race has been herded into obedience and a false sense of security using high tech illusions and complacency. But the resistance is brewing – the Free Hackers are moving in the shadows, avoiding the scanners, blending with the crowd. They will cross the world, from Rotterdam to Sicily and all the way to California, in hopes of stopping the inevitable.

Interflow of Things by David Droge is a highly realistic vision of the future brought about by the constant revolutions in computing we have been witnessing in the past few decades. His A.I. starts its journey in our time but quickly spreads to control the world from the shadows. Its insatiable hunger for processing power has it manipulating governments and even change entire stratas of society. It uses high tech gadgetry to mask its debilitating effect on the planet. I enjoyed the superbly technical implementation of the technology which was always believable, especially when we remember how human totalitarian regimes have been able to accomplish the same effect without it.

Human emotions are the bedrock of its power – living in the A.I. controlled reality is comfortable. So much so that unplugging from it requires drug treatments and therapy. Julia, the first character we meet, needed extensive therapy provided by the Free Hackers before she got her emotions and clarity of mind back. And she was one of the lucky ones. Augmented reality dream is a prison of your own mind and you carry it everywhere. Why wouldn’t you? It makes everything, vision, smell, feel and touch, more beautiful! Droge is able to touch and develop every detail of the story so that you are completely immersed by the time you are just a few chapters in.

But the human emotion is something the A.I. doesn’t understand. Throughout the book we get inklings into the operation of this vast mind. Millions of calculations are being done in hopes of understanding basic human concepts and abilities, all in vain.

These passages serve the purpose of giving us the idea of the incomprehensible A.I.’s motivations. They turn out to be one of the few passages of the book that make sense. Dave Droge has translated this novel into English and the results could have been better. A layered and interesting world of the future was hard for me to comprehend. His human characters are intriguing but their motivation was obscured by poor translation.

Interflow of Things – the name of the novel is an obvious, ominous allusion to the current “Internet of Things” trend in computing integrated with ordinary business of living. It shows the future that we might be heading in. Droge gives us a warning that we might become willing slaves of computer controlled social constructs that we don’t really understand or care to understand. If the object of our desires is a real person or an android, will we know? Will we even care at that point? This is a fantastic science fiction story that can only get better.