The Potential to Transcend 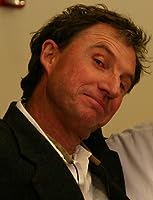 River’s Child follows Mavin, an assistant working in a seed vault when things took a turn and he ends up in the far future. What was the initial idea behind this story and how did that transform as you were writing the novel?

Most of us have experienced scribbling down a dream before we’re too wide awake to remember. It’s interesting that dreams and seeds both spring to life from the dark. River’s Child is a kind of green seedling. I ran across an article about the Svalbard Global Seed Vault. The seed vault near the north pole is designed to last ten thousand years. I imagined a distant future when the seeds are rediscovered and their power to rejuvenate the world is unleashed. When Mavin awoke from his long dream, neither of us had any idea of the mysterious new world that awaited.

In the novel males are subservient and females are revered in the new world. I find this both refreshing and entertaining. Was this idea planned or did it develop organically?

The story is humorous but has a serious dimension. I feel as a species we’re still learning how to become human, the cake hasn’t finished baking. Humans transcend category, or I should say, we have the potential to transcend. If a new perspective means giving up our old comfortable view of the world, more often than not, we prefer to stick with the devil we know.

It’s fun to watch how difficult it is for Mavin to be flexible. If a woman found herself in a strange new world, the story wouldn’t work as well, she would simply adjust. It’s not uncommon for men to be wary of women sharing power. For my two cents: if we’re going to survive as a species, the Feminine Perspective needs to be in balance with the masculine viewpoint.

I enjoyed Mavin’s character as well as Simone. What were the driving ideals behind the characters development throughout the story?

Mavin and Simone are strangers to one another. As the author, before they say or do anything, I get to know my characters off-camera. I set up surveillance. I observe them in the supermarket line. Do they let the person behind them go ahead if they have only a couple of items? I know whether they use their turn signal or if they smoke while gassing up their SUV. Mavin and Simone are not angels, but more often than not they surprise me with their humanity.

I find a problem with well-written stories, in that I always want there to be another book to keep the story going. Is there a second book planned?

The best part about being an author is getting feedback from fans. Readers have been letting me know that they loved the story, but were upset that it ended too soon. I have a sequel sketched out, so I better get cracking.

Trapped underground in the Svalbard Seed Vault, Mavin Cedarstrom is rescued by a band of strange women dressed in furs. The Peregrine scout Simone Kita was sent to recover seeds from the top of the world and bring them south to the floating gardens of Kashphera. Conjuring myth and magic, this fun, action-packed novel is a delight. River’s Child is a wild ride into an ancient future. Fasten your seat belt as our spirited heroes ride icebergs from the frozen north, battle wild men, and fall in love while they race to prevent world war.