← Julia’s memories
I am Maria → 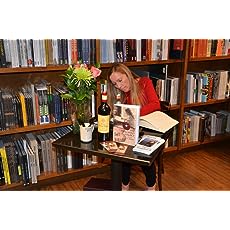 The Lethal Legacy follows Samantha and her husband as they embark on a dangerous adventure to uncover the family legacy. What was the inspiration for the setup to this thrilling novel?

The Lethal Legacy is the third book of a trilogy (The Purloined Legacy and The Perilous Legacy are the first two). Although all three books are stand-alone books, The Lethal Legacy is a continuation of Samantha’s search for answers to solve the additional mysteries of murder, deceit and theft that occurred to her ancestors.  The inspiration for the first book came from some aspects of my husband’s ancestors who started out in Cork, Ireland, and migrated to Bordeaux, France, and later to New York and Sacramento during the late 1800’s. Likewise, The Lethal Legacy loosely uses another facet of my husband’s ancestors that had ties to the cacao industry in South America in the 19th century. All three books required extensive research from a historical perspective which was great fun to weave into the plots.

The story takes place in various exotic locations. What was your favorite location to write for and how did you research these places to get it right?

I had a great time writing about the different cities in Europe and Latin America where Samantha and Brett traveled to solve the mysteries of what happened to her ancestors and their immense wealth. While I have personally been to a number of those places, there are also a fair number of places that are in the storyline that I have never been to so I used the internet many times to explore each country’s culture, topography, and special sites unique to their cities. One of my favorite locations was Cork, Ireland, where the roots of the Delaney family began. While I have never been there, by using the internet (including you tube), it was fairly easy to vicariously experience the locations so that I could use that information and incorporate it into the storyline.

Your characters were always detailed and interesting. What do you find is important in creating believable characters?

I think that it is important for a writer to step into the shoes of each character to determine whether conversations, concepts or plots are accurately portrayed to create a sensation for readers to lose themselves in the story, and hopefully have a desire to keep turning the pages. It is also important for each character to have unique traits such as diction, disposition, or mannerisms that are distinct from other characters. Sometimes, I actually act out the dialogue to see if it is believable so that hopefully the reader is connected and wants to find out what happens next!

I don’t have a title for the next book yet, but it is a spin-off of one of the characters in the Legacy Series. I am just in the process of writing the first draft so it will likely be available early 2019—and it will definitely be a murder mystery with a little bit of history, a little bit of romance and lots of twists and turns.

Six months have passed since Dr. Samantha Delaney faced deadly encounters with a man who had sworn to destroy her and take the $60 million she had received as the last remaining heir to the Delaney legacy—a legacy that had been stolen many decades before. Given the demise of her enemy, Samantha thinks the danger is over. But but she is wrong. When a distant relative sends her a newspaper clipping reporting the 1914 murder of Samantha’s great-great-grandmother in Costa Rica, Samantha and her husband, Dr. Brett Perry, decide to do some preliminary research, never dreaming that their investigation would imperil Samantha once again. Beginning their research in Costa Rica, Samantha and Brett hope to learn about the murder of her ancestor and the loss of the family cacao plantation. What they find is a picturesque country with clear ocean water, pristine beaches—and more danger than they had ever anticipated. Their investigation quickly catapults them into the middle of a very calculated, lucrative, and illegal gold mining operation where the stakes are high enough to make murder a necessity for anyone who gets in the way. Samantha quickly learns that as a beneficiary to her great-great-grandmother’s company, she will most certainly be in the way.

← Julia’s memories
I am Maria →