← A Most Diabolical Plot
What Choices We Make → 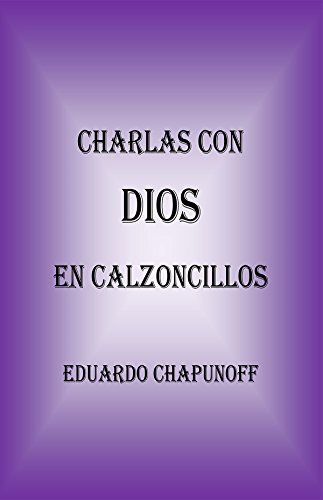 Through a fun, interesting, educational and thought-provoking story this work describes the role of religion in the world and many of the ancient approaches that exist about the role of God in the lives of people. This is Roger’s coming into the world and his affair with Juan, who never thinks about all the things that were going to happen with his unexpected visit. The book also has some fictional episodes, seeking to reflect on what is important in life and the most important lessons God has for each of us.

This book is primarily a teaching tool aimed at readers interested to know more about the established foundations of major religions in the world, its origins, more powerful beliefs and conceptual differences between them. Similarly, this book talks about specific situations in life that people go through and how God can act to make positive changes in each. On the other hand, it has many stories that invite you to think of the most complex questions that can be had in religion.

This book gives the reader a tour of an adventure between John, Roger, Laura, Luis and Horacio, who live their own conflicts and how God can positively impact each of them. Dr. Chapunoff has captured a mix of emotions, truths and feelings between God and the most important representatives of the religions of the world, who talk about the strengths and weaknesses. Each gives the reader a deeper understanding. Each of these sketch the conceptual differences and tolerance zones that have allowed them to coexist since ancient times to the present.

This book delves into the nature of miracles, which can exist at the same time, and may be the result of religious practices. The beautiful, controversial and incredible power of God above all things is a pointed underlying theme throughout this book. It highlights the magic that exists between the unbelieving human and goodness of the almighty God, who is always present and accompanying all people, without distinction. This is an otherworldly book with earthly ramifications.

← A Most Diabolical Plot
What Choices We Make →