Superheroes Possess a Dark Side

The Walrus: Monster in the Mist follows a young man that’s about to take a dark path in life, but a new neighbor changes things in ways never expected. What inspired the idea behind this riveting novel?

The story is very loosely based upon a relationship that I had as a young teen with a man and his wife who moved into our neighborhood. As in the book, this man became a mentor to me and helped me through some difficult times. There was a vacant lot which bordered our properties and it was quite an eyesore, though I’m pretty sure it wasn’t haunted.

I enjoyed the unique infusion of superheroes in this story. Why was this an important aspect for you to include in the story?

I was a big comic book fan as a child, especially Superman and Batman, from the DC Comics stable. Paul takes comfort within the good-triumphs-over-evil world of superheroes, and immediately perceives the charismatic George Albert as his own personal superhero. Many superheroes possess a dark side, though, and Paul eventually discovers that this might be true of the superhero who lives next door.

The mystery at the heart of this story was deeply intriguing. Did you plan it or did it develop organically while writing?

It really evolved organically, as I needed some narrative thread that would link Paul’s recurring nightmare, which takes place in a Southern cemetery, with his mysterious neighbor and the equally perplexing vacant lot nearby. I eventually hit upon George’s semi-famous relative, who was a Civil War colonel with a mean temper and a gripping connection to the institution of slavery and the Underground Railroad.

I’m currently doing research for a book that will have as a backdrop the bluestone quarry industry that flourished in New York’s mid-Hudson Valley during the middle-to-late 19th Century. It’s a ghost story. At least, at this early stage, I think it’s a ghost story but one never knows for sure. Hopefully it will be available sometime next year.

The Walrus: Monster in the Mist

The Walrus: Monster in the Mist by Alan J. Paul, follows the story of the curious and superhero obsessed pre-teen boy Paul A. Tonetti, Jr. Paul is clearly obsessed with superheroes from the DC comics and consistently compares them to the popular Marvel superhero brand. I was pulled in by the deft character development. Right from the beginning, and really even from the title of the book, I was intrigued with the story.

Author Alan J. Paul writes with a unique imagination and creativity, you could compare his writing to the popular late author C.S Lewis. With vivid descriptions of alluring characters, we’re able to imagine how each character looks especially with Paul’s creative metaphors and his use of superhero comparisons. He also brings in the aspect of children using their imagination to run away from their toxic family drama, using the reality vs imagination fantasy concept to great effect. You can also see how the author uses his superhero knowledge to his advantage in this book, as comic fans will appreciate the references.

It has been awhile since I have read a book like The Walrus. This is a story with great depth, but it’s laid out methodically. The ever present sense of something sinister lurking on the fringes seems to permeate the story in a way that make it hard to put this book down, and impossible to forget the pensive feelings it instills in you.

I related deeply with Paul’s mother and his aunt’s relationship, even though it does not play a big part in the book, the author does briefly touch on the sister relationship between Annette and the main character’s mother, mainly because I have such a close relationship with my own sister and believe that your sibling or siblings are the ones that are always there for you. I was a bit suspicious of George B. Albert’s character because of how Paul idolized him, making him seem a bit too perfect to be true. It sets up a riveting character study that evolves slowly throughout the story.

This is a dark urban fantasy novel that goes in unexpected directions. The Walrus: Monster in the Mist is an enthralling horror novel with a premise that utilizes superhero’s in a unique way. 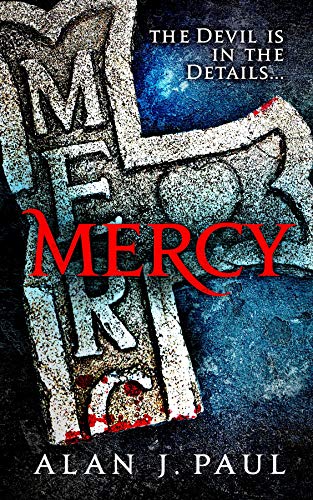