The Spirit of the Original Story 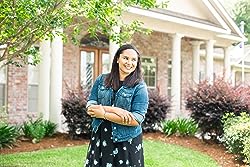 Red and Blue is a fascinating story that combines classic fairy tales and nursery rhymes and adds many new twists. What was the inspiration that made you want to write this story?

I’m a huge Broadway play so the big inspiration was Into the Woods. I watch the original Broadway play and the Disney movie. In college in my theater class, we had to do a project on a play. I chose Into the Woods by doing an original monologue. “Red & Blue” was born from that monologue of what happened after the total disaster of the story.

There were so many interesting characters, some pulled straight from fairy tales. What was your favorite character to write for?

Humpty Dumpty was one of my favorite characters to write. He’s such a nervous character. I pictured him full of cracks and could completely fix him from being pushed off that wall. While I was writing him, I was laughing cause it was so much fun. I tried to have him as the comic relief in some ways until you meet Mother Goose. She’s a character herself in the story.

Red and Blue have an intriguing relationship. What were the driving ideals behind the characters development throughout the story?

The character development kind of just flowed from the little girl we all know from the storying Little Red Riding Hood to the character that is in the story. I wanted her to be different from the character that has been written for the character. She is either changing into a werewolf or an assassin with everything in between, I didn’t want to go in that direction. I wanted to keep the spirit of the original story intact but she still has to work through her childhood mistakes. Boy Blue, on the other hand, is completely different from Red Riding Hood. I was inspired by boy bands for his character. The total “freedom” of being a guy without any strings attached to no one until this girl with a story catches his eye without even seeing her face. His own character development goes from being a boy to man within a matter of days with choices that help him along the way.

I’m working on a sequel to Red and Blue. I want to explore the next stage of their relationship which is marriage. It’s not going to be easy but I’m willing to try. I hope and pray that it’ll complete by next year or at least 2020.

Once upon a time, there was a young woman who wore a red cape. She kept her face hidden from the world around her. Her was Rosaline, but the villagers have forgotten her name. She is Little Red Riding Hood. Thirteen years have years have passed since Red Riding Hood was cut from the Big Bad Wolf’s belly. She is quiet and distant. The villagers believe that Red Riding Hood is marked by the wolf who swallowed her. Until a strange young man with a golden horn tied to his back finds her intriguing. The young man set off on a personal mission to see if the rumors are true.