A Story About Death 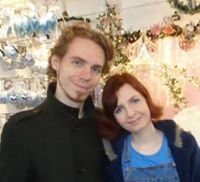 Blooodfest follows an elite squad of soldiers investigating an island when the dead come to life and they must battle death itself. What were some sources of inspiration that helped you write this book?

Bloodfest started as a home made stop motion film, and we – as a team of budding film makers – were definitely inspired by horror movies and video games. As far as writing inspiration goes, I was a fan of Roald Dahl as a child. Then it was Terry Pratchett and Neil Gaiman as I got older. A lot of these authors often combined dark subjects and comedy, which I really influenced by twisted sense of humour. Bloodfest certainly isn’t shy about being concurrently disgusting and funny.

What was the collaboration like with author James Maddison on this book?

This is a collaboration about twenty two years in the making! I met James at high school. We developed Bloodfest as a stop motion film, using modelling clay to build the characters and my parent’s video camera to film it. I still have fond memories of those characters and events, and I decided to revive Bloodfest as a book series starting with Call of the Conjurer, released in 2014. After I novelised Bloodfest, I gave a first draft to James before doing anything else. He gave his blessing and was equally delighted by the memories.

You write a lot of paranormal fantasy novels. What did you want to do in this book that was different from your other books?

Call of the Conjurer and Typhoon of Fire were both set up as prequels to the inevitable release of Bloodfest, at least in my mind. I wrote them as a means of naturally establishing the characters and their world, with an end goal in mind. While Call of the Conjurer and Typhoon of Fire are subdued, Bloodfest is completely unfettered. The book treads a thin line between fantasy ridiculouness and genuine drama. The characters often react with a sense of tongue-in-cheek self awareness to the nonsense happening all around them. They readily accept it, because it’s the world they live in. The story and the situations are allowed to be convoluted in a way that fantasy / sci fi can get away with.

At the same time, this is a story about death. I’m one to believe that if you want to make an impact on your audience, entertain them at first; let them enjoy the story with a smile, and then strike with the pathos. It leaves a bigger impression. When characters die in Bloodfest, it is always meaningful.

What is the next novel that you are writing and when will you publish it?

After we made the first stop motion film in 1997, we went on to make a Bloodfest 2…
There is definitely a sequel on the way. I’m about 80% through the first draft with a clear intention in mind. The scenario for Bloodfest 2 is very exciting, and oddly prescient with current world events, considering that the source material is over twenty years old. The old gang will be joined by some great new character who I simply cannot leave in the limbo of unfinished novels. 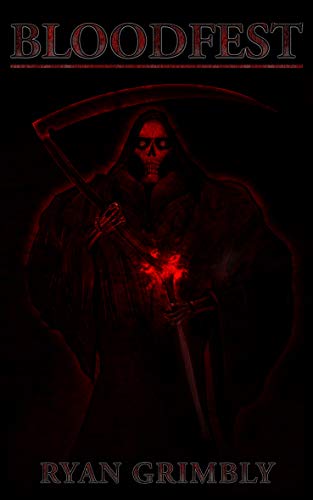 Pacoven, an isolated island chain hidden in the Pacific Ocean. Far from the public eye and carefully monitored by a secretive government order. A place where they can conduct social experiments to influence the rest of mankind.

On Pacoven, unexpected events are usually encouraged for the sake of analysis, but now the dead are coming back to life, and things are getting out of hand.

An elite squad of soldiers armed with extraordinary rare abilities – the gift of magic – head out to investigate the islands. Specially trained for such strange situations, captain Ace Mcdagger and his team must gather survivors and face hordes of zombies, demi-gods, and man-made monsters to discover the cause of the mess before it goes global.

But maybe there is no resolution. Maybe the Grim Reaper – the very nature of Death itself – is their enemy. 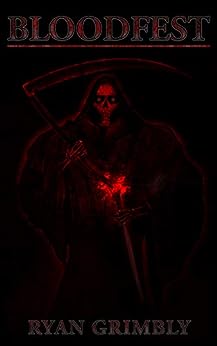 Bloodfest by Ryan Grimbly is a paranovel set in Pacoven – an isolated island in the Pacific Ocean that the government uses to conduct social experiments. The story follows the activities of an elite squad of Hidden Government soldiers captained by Ace McDagger, aided by his childhood friend Shimon. The soldiers are sent to Pacoven in a shroud of mystery, not knowing why they are going there or what, or who lies in wait for them.

The plot is fast paced but easy to understand. There are a couple of flashbacks to Ace’s childhood, however they are easy to follow and add to the depth of his character. Some of the flashbacks include Ace’s friend Shimon, this builds up their relationship and explains there closeness even in the professional field. However, the loyalties of some of the characters are tested, and as they progress with their mission it becomes unclear whom can trust whom. As with any good tale there are several twists and turns to keep you guessing.

Bloodfest is filled with characters. Most of the characters belong to the Hidden Government Army and work with the main character Ace McDagger. Other less developed characters are the residents of Pacoven. The characters are easily distinguishable and are not hard to follow. Some of the characters are described physically, for example Ace’s eye patch is often referred to. Others have their skills (often magical) described – Shimon reads minds and sees the future, another character – Resh- erases memories. The dialogue is cleverly written, with each character having their own unique dialogue that aptly fits their character.

Of course, there are also the paranormal characters – zombies, warlords and man-made monsters. These characters are also cleverly and thoroughly described; “one of bones and loose red flesh”. The vivid descriptions had to the suspense of the story.

Adding to the suspense is the setting itself. Pacovern is an island like no other. Although it appears typical with streets, shops, nightclubs, buses and churches looks are deceiving. It is in fact full of trapdoors, an artificial church and a vortex. Just like the humans and monsters traversing the island itself is dangerous and unpredictable.

Bloodfest is a fast moving and gripping read. The characters and setting are described in graphic detail, creating a book that is hard to put down.