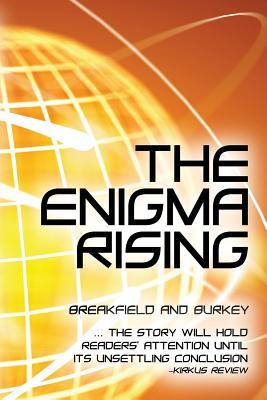 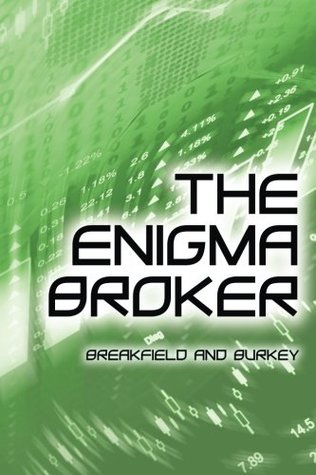 Who doesn’t love a good cyber-crime story peppered with intrigue and action? An excellent addition to that genre is none other than The Enigma Broker by Breakfield and Burkey. The current entry in a series that has chronicled an alternate future, this book is filled with thrills and chills. While the cast of characters is quite large, so much so that a single protagonist cannot be identified, the villains themselves aren’t quite so numerous, but their fearful plots are devious and cruel. It is not necessary to read previous installments in the chronicles, but it would undoubtedly be helpful at providing external context to the characters and their relationships. The intense nature of the crimes in this tale and the quick actions to circumvent them will leave readers breathless and waiting for more. There is truly very little to be disappointed with in this engaging tale.

The formatting and layout of the book is fantastic. The short-ish chapters make the story easy to read and take a break from if necessary. Some of the technical terms may go over the heads of readers and the authors have taken steps to address these concerns at the back of the book. You don’t have to be a computer genius to be able to understand what is happening, but it does not hurt to have some basic technical knowledge beyond pressing the power button on a computer. If you fall into the latter part, you may find yourself slightly lost while trying to follow those pieces of the story. The rest of the book more than makes up for that, however.

The relationships with the characters have some carry over from previous installments in this series. That can be difficult when you come into the series out of order, but it is dealt with easily by our authors. They give enough backstory and enough context that the present relationships are easily understood. As there seems to be a focus on romance and the development of these said relationships, this is crucial to get across to your readers who do not have the luxury of that backstory. The humor and action sequences are well thought out and planned accordingly. Nothing feels unnecessary or over the top. Everything has a place and the characters comply with their given roles.

A techno-thriller with a vast cast of characters can seem like more than the average reader is willing to take on. However, The Enigma Broker by Breakfield and Burkey is not one to be passed over. Any reader can tell that the research and partnership for this book was executed expertly. There is no clashing in the story where two authors disagree. Instead, this is a seamless book that flows as if it were written by one person. The romance and the action combine to give this book an added flair. Any reader would get a great read out of this.