More Than What Is Seen

A Memory of Solstice follows Lincoln, an attorney with incredible powers that wants to live a normal life, but is unexpectedly thrown into a raging conflict involving two worlds. What was the inspiration for the setup to this thrilling novel?

I’ve always loved the idea of superpowers and unnatural gifts. Control over water was my favorite ability which I grew fond of after watching The Last Airbender. Sadly, I saw the movie before the show. I started to come up with my own adventure revolving around the idea of humans with these gifts and it kept changing as I matured. Somewhere between the years, a new planet was added when I wanted to feature a larger universe.

Lincoln is an interesting character that continued to develop as the story progressed. What were some themes you wanted to capture with his character?

I really wanted Lincoln to come off strong as a natural leader. He was the one who the others saw as someone relatable and trustworthy. However, he also needed to come with his own conflicts. Though he has powers, to him, they are almost a burden that keeps him from understanding the way the world works. Through the story, I wanted to portray his story of curiosity as he begins to learn that there is more than what is seen in black and white.

Lincoln collects a team of people that have extraordinary powers based on the elements. How did you balance their power to make it believable?

The powers the six have are pretty ridiculous, in a sense of what they can do. This book only previewed their strength. However, because they have been isolated and scared to really show them on Earth, none have had a lot of experience so they are still in a young stage of their gifts. And like all great heroes, they need villains equal or greater in power to preserve the balance.

The next book is the second title in the series which is called, Theory of an Origin. I would like it to be available around the time of the new year, but then again, I am not so good with personal deadlines. 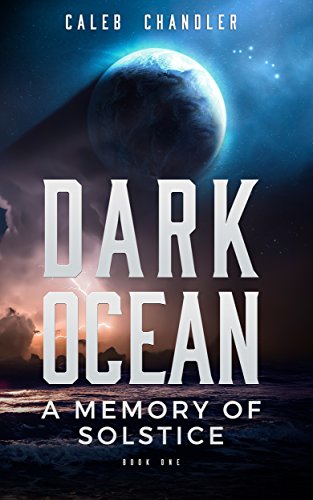 Before Earth, there was Solstice, a world where humans were not the only intelligent life. None on Earth remember their old home, but there are those on Solstice who have not forgotten the new planet to which humanity had fled.

For Lincoln, an attorney in Washington, he wishes for nothing more than an ordinary life, but fate can rarely be chosen. Lincoln has possessed incredible powers that he has kept a secret ever since he was a child. When a stranger comes to town, Lincoln learns that he is not the only one with extraordinary gifts. Five others also possess the abilities of the six elements: Earth, Water, Air, Fire, Life, and Mind. With the help of the corporation Xelix, the six began to learn to control their powers so that they can stop hiding in the shadows. At Xelix, however, there is more transpiring than what it seems…

Over the course of their training, Lincoln and the others find themselves asking what is Solstice? And what does it have to do with their powers? As they are thrown into the middle of a raging conflict, the fate of two worlds falls to them, with Earth serving as the final battlefield. However, before any of them can protect the universe, they must fight the greatest battle of all, learning who they are and what it means to be human.

A Memory of Solstice

A Memory of Solstice by Caleb Chandler opens in the middle of the night in a dark and eerie museum in Washington D.C. James and Billy are the night guards and the night will not be a successful one for them. There are some otherworldly forces at work; intent on retrieving a keystone the museum has in its collection.

This sets the stage for the reader’s introduction to Lincoln, a peculiar workaholic lawyer who lives alone with his three-legged dog, Sadie. All is not what it seems with Lincoln either. A strange man named Wes approaches Lincoln and starts a conversation about biology and genetics and genetic mutations.

Later, Wes approaches Lincoln again to inform him that the company Wes works for has been watching Lincoln for a while. He also tells Lincoln that he knows things about him that make him special. He then proceeds to ask Lincoln if he will help Wes and his company, Xelix, by approaching five more people who are like Lincoln to some degree.

While Lincoln is not happy at this intrusion into his life, he does finally concede and agree to help. He then goes on a journey to collect the others like him: Hannah, a woman who works with flowers and plants: Nathan, a paleontologist: Talon, a police officer: Bennett, a personal trainer for the body and mind: and Micah, a young, petty criminal who has not yet found his way in life.

They all find themselves gathered at Xelix. Nothing is what is seems and things quickly take a turn for the worse. The action really picks up at this point as the reader learns more about each character and different worlds are discovered and explored.

Although the story was a bit hard to understand at times, I think that can be attributed to the fact that there was so much going on. I think the book could benefit from differentiating the characters a bit more. At times, the way they spoke kind of ran together and I had to check to see who was speaking.

With that said, the story was very good. I found myself turning pages quickly to see what might happen next. The action never got boring. Each page brought more surprises and unexpected events. The book kept me entertained. The story felt very ambitious and although the twists occasionally were difficult to follow the author was able to deliver some moments that made me gasp.

I very much enjoyed this book for it’s thought provoking themes and elegant character development. If you like supernatural thrillers, this is the book for you. The story is especially effective when introducing new worlds and unusual characters that were fantastic but still authentic, which reminded me of Jim Butcher’s same ability in the Dresden Files. I was very impressed with the books attention to detail and the way the author painted pictures with words. Get ready for an adventure!