The Dragon of Hidden Treasures follows Kathryn and Ty through the perils of 1900’s China as they seek their dream. What was the inspiration for the setup to this intriguing novel?

I’ve been a student of Chinese history for more than thirty years, though my interest was mainly ancient China. One night in 1996 I had a fantastic dream about a foreign woman captured by a warlord. It was just a thread and probably inspired by something I’d read in passing, but it stuck. I wasn’t really a writer then and certainly not interested in Republican Era China (1911-1949) but I just couldn’t forget the dream. I started focusing my studies on the period and got totally sucked in. There was so much intrigue and chaos during that time, I had no trouble taking that thread of a dream and turning it into a thrilling series full of twists and turns, some based on actual historical events.

Kathryn is a unique character that I enjoyed watching develop through the story. What were some ideas you wanted to capture in her character?

There wasn’t just upheaval in China during the 1920’s. The whole world was changing. In Kathryn, I saw a chance to show the evolution of women: from having no rights, no voice or even choices, to challenging the established system on every level with the hope of changing things for the better. There were women like Kathryn then, courageous pioneers who dared to dream big and rise above their lot in life. They laid the foundation for the rights and freedom today’s women enjoy.

I felt like this was a story about empowerment and pursuing your dreams. What were some themes you wanted to explore in this book?

I had two main themes in mind for this story: put aside prejudice and dare to strive for your dreams. Dreams are important. They give us hope, and without hope, we will literally shrivel up and die. For a variety of reasons, we can put ourselves in a box and be held prisoner by ‘can’t’ or ‘impossible’. It’s difficult and often painful, but I believe if you’re willing to work hard and make the necessary sacrifices, you can break out of the box and achieve your dreams.

I’m currently working on Sunrise In Kweilin, Book 2 of the ‘Hidden Treasures’ saga. It’s set to be released in February 2019. 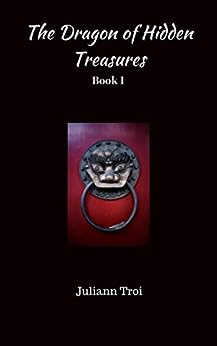 China, 1923: In an ancient land battling for its very existence, violence and chaos reign supreme. Amidst the devastating aftermath of a revolution that toppled the divine Imperial system and left the once glorious Empire torn and bleeding, ruthless warlords have claimed dominion. Political intrigue and betrayal are the only rulers now.

In the wrong place at the wrong time, Kathryn Kidwell is captured during an invasion of Canton by the warlord, Cheng Jiong. Recognizing the folly of allowing the only daughter of a powerful American trade lord to be cold-bloodedly murdered, Ty Wang must make an impossible choice: to save Kathryn will cost him his life, but to let her die could mean the death of his beloved homeland.

The Dragon of Hidden Treasures, Book 1 is the first chapter in the electrifying saga of Ty and Kathryn’s desperate struggle to stay alive and stop a war that would blow China to pieces. Bound together by a love as strong as it is forbidden, their efforts could ultimately change the fate of a nation…and destroy them both. 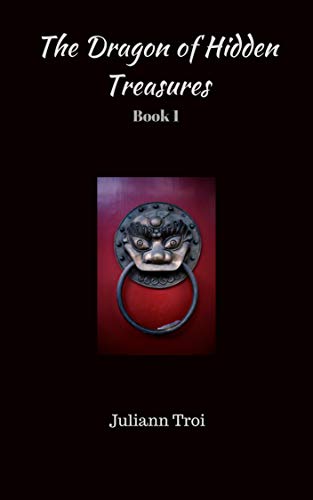