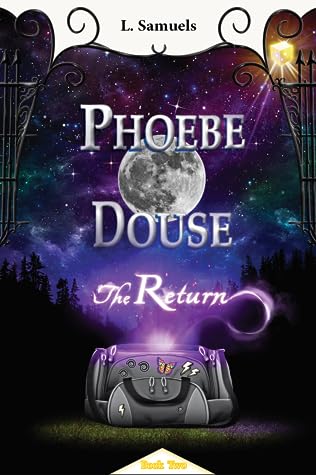 Phoebe Douse: The Return by L. Samuels is the second of three books in the thrilling young adult mystery series, Phoebe Douse. It begins with a string of unfortunate events that will force Phoebe into actions she is neither ready to accept nor eager to follow through with. All seems well for a time, until she makes the mistake of turning on the television and seeing the breaking news about a man found dead. A man she killed. Forced to team up with Renaud, Phoebe plunges into a supernatural world filled with striking imagery, global destinations, and a good bit of history. The Return sets up the final book in the series perfectly and will leave readers on the edge of their seat throughout this riveting paranormal fantasy.

Phoebe Douse: The Return was a highly anticipated follow-up novel to L. Samuel’s previous novel, at least for me it was. The Return continues to be consistently engaging and keeps moving at a quick pace. I would highly recommend finishing the first book in the series, however, as it will help establish characters and their backstory. This book is written in the first person and the author does a fantastic job of packing the story full of intriguing characters, puzzling supernatural events, and shocking twists.

This novel, and the entire series I think, centers around Phoebe and I like how this is turning out to be much more of a character driven adventure, although fun and light, something like Percy Jackson & the Olympians. Phoebe’s destiny is revealed but as with most things in this series, it comes with some dramatic consequences that kept me absorbed in the novel.

Author L. Samuel has written an enchanting urban fantasy novel that excels at weaving  supernatural elements into a fun story that feels fresh within a packed genre. Phoebe Douse: The Return is fun and exciting and is a must read for those who read book two, and highly recommended to readers looking for an urban fantasy with more mystery in their adventure.

The Motif of the Moon

Phoebe Douse follows a young girl that gets invited to a mysterious school in Scotland where a world of fantastical possibilities starts to open. What was the inspiration behind this thrilling novel?

I was inspired by my personal life experiences, cultural heritage, and sparks of imagination. Also, I’ve always been an avid reader of all books—mysteries, adventures, history, contemporary, the classics, and the list goes on. With Phoebe Douse: S3A2, I wanted to blend elements of classical literature with those of a genre fiction.

Phoebe Douse is an intriguing and well developed character. What were some themes you wanted to capture in her character?

Thank you! I wanted to capture the themes of trust, self-discovery, and belief. Phoebe represents the journey of finding who we are, with the inevitable challenges and triumphs that we experience along the way. Further, Phoebe embodies the motif of the moon. The moon has always been special to me, and I believe it brings into the story the idea of our inner potential and the force, within and around us, that can help to empower us.

The backstory started organically, and between intervals of my imagination, I intentionally infused the narrative with planned elements.

When and where will this book be available?

Phoebe Douse: S3A2 will be releasing September 30th, and is currently available for preorder on my website, http://www.lucillesamuels.com. After its release date, it will be available on Amazon and my website. Further, I’m establishing a contract with a major distributor so that it can be available through most retail channels and libraries.

Grandmother Naan’s superstitious stories seem too peculiar and childish to Phoebe Douse. It’s foolishness, as she likes to say. But when surprising and unfortunate circumstances in Texas lead her to accept a timely invitation to attend a remote boarding school, thousands of miles away in Scotland, Phoebe finds that everything is not what she made herself believe.

Unwittingly, Phoebe is thrown onto the stage of power and danger as events unfold that reveal the extent of her abilities and Naan’s connection to the school. There, Phoebe is introduced to the clandestine world of S3A2 and is forced to decide between her new friends and the promises of power and S3A2 status from the welcoming but strangely mysterious Headmaster Duff.

Will Phoebe be able to develop her abilities in time to protect her friends? Or, will she decide to use her abilities to fuel her own ambitions? 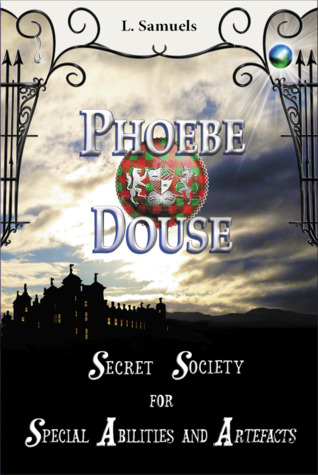