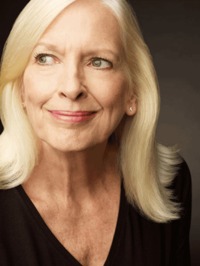 East of Mecca is beautifully written and addresses a subject that is rarely discussed. Why did you want to write about Middle Eastern culture?

I lived in Saudi Arabia for a year when my husband accepted a job with Aramco Oil Company. We lived on a company compound called Ras Tanura, located on the shores of the Persian Gulf. Within the compound were beautiful, white, sandy beaches, and flat, desert terrain filled with exotic, thorny scrubs. The sun rose every morning over the sea and set each evening over the desert. Both events were in stunning Technicolor!

Throughout my year in Saudi, I was exposed to camels, Bedouin markets, delicious food, beautiful art, jewelry, and architecture, and haunting Middle Eastern music. I even learned to belly dance!

Although we lived on the company compound, I quickly discovered the male-dominated, fundamentalist Islamic Kingdom’s rules for ex-patriot women were not so different than those for Saudi women…loose, modest clothing, driving or riding bicycles off the compound is forbidden, as is leaving the compound unless accompanied by your husband or in Aramco approved transportation.

My first day in Saudi, I was fingerprinted, photographed holding a placard with my husband’s ID number, and my passport was confiscated by Aramco. It would only be relinquished to my husband after he had applied for an exit-visa and it had been approved. I had my first panic attack when I realized I couldn’t just get a cab to the airport, board a plane, and go home.

In one day, I lost both my identity and my freedom.

As an American Clinical Psychologist not affiliated with Aramco, I had other women from the compound (American, European, Saudi and other Arab women) literally knocking on my door for counseling. I practiced secretly and illicitly (without a work-permit) the entire year I was in Saudi.

Off the compound, restrictions against women were much more apparent. Ruled by sharia law, Saudi women are required to be covered head-to-toe in black long-sleeved, ankle length cloaks called abayas, hijabs (headscarves), and face-masks called niqabs. All these were then covered with veils that render women completely invisible. Religious police called matawain patrol the streets of villages and cities arbitrarily deciding whether or not a woman (Saudi or Western) is properly dressed and properly behaved. Unless restaurants have screened off “family” sections, women are not allowed inside.

It was in Saudi, through my work with other women, where I learned firsthand about oppression and some of the other appalling conditions Saudi women face, including being under complete control of their husbands, fathers, or other males in their family, lack of personal autonomy, being forbidden to drive, honor violence, arranged marriage, child marriages…all in addition to the rigid clothing restrictions…being totally cloaked in black, even in sweltering weather.

The Middle East is a complex culture, rich in contrasts. And yet, little is written about the treatment of women in Saudi. Inspired by my own experiences and those of the women I worked with, writing East of Mecca became my passion project. I wanted to convey the exotic and the beautiful, while respectfully educating Western readers on the appalling conditions of women living under sharia law. I wanted to take readers beneath the veils that make Saudi women “invisible” and give them faces. I wanted to give a voice to those women forbidden to speak for themselves. My greatest hope is that education can lead to advocacy and action toward change.

Sarah is a fascinating character and a strong woman in her own right. What were the driving ideals behind the character’s development throughout the story?

Sarah is, first of all, devoted to her husband and children. And, with a social work background and aspirations to be a Clinical Psychologist, Sarah is a caregiver by profession and by nature. However, like most Americans, she is naïve to the experiences of others in totally different cultures. Initially, she views life in Saudi Arabia as a wise financial investment and a grand adventure. Throughout the story, with all she personally experiences and witnesses happening to other women in Saudi, especially through her relationship with Yasmeen, Sarah becomes an advocate for human rights on a much more personal level.

I truly enjoyed Yasmeen’s character and thought she brought depth and nuance to an intriguing culture. What was the inspiration for the relationship Sarah and Yasmeen have?

While it’s easy to have sympathy for people in other cultures, or those who are different from us, empathy is achieved by the ability to understand and share the feelings of another…from their perspective. To actually feel what they are feeling. My goal in creating Yasmeen’s character was to have my readers truly know her as a person, not just a face hidden behind a veil. I want them to experience her personality and empathetically relate to her joys and her struggles. The deep friendship Sarah and Yasmeen share, shows how they…and women everywhere…are the same, no matter how different their cultures might be.

I am currently working on my second novel. Orchard Road is about a Clinical Psychologist, with a very dark past, who is triggered into violence by one of her patients. The time and setting is both current day Chicago, and Singapore in the 1970’s. Since I’m still in the midst of writing, I don’t know when it’ll be published, but I’m hoping it will be available within the next two years.

This moving and unforgettable novel, East of Mecca, tells a timely, harrowing, and heartbreaking story of love and betrayal, the transcendent power of sisterhood, and the ultimate price of oppression. Driven by financial desperation, Sarah and Max Hayes are seduced by promises of a glamorous expatriate lifestyle in Saudi Arabia. Sarah surrenders her career when Max accepts a prestigious job with Ocmara Oil Company and they relocate their family to the shores of the Persian Gulf. Locked inside the heavily-guarded Ocmara compound, Sarah becomes invisible within the male-dominated, fundamentalist, Islamic Kingdom, which is governed by sharia law. Gradually, she is drawn into a clandestine, illicit friendship with Yasmeen, a Muslim Saudi woman. Together they find freedom beneath the veils and behind the walls of the Saudi women’s quarters—until inconceivable events force Sarah to make life-or-death decisions. Told with riveting authenticity and exquisite detail, East of Mecca explores gender apartheid through the abuse of absolute power with an elegant balance of cultural nuance and moral inquiry. Long after you have turned the last page, you will be haunted by the vivid characters and powerful scenes illuminating this tour de force.