Sexuality is our Birthright 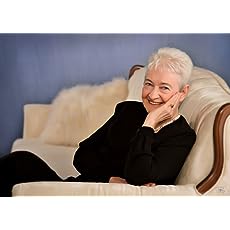 Free Love and the Sexual Revolution is a memoir about your life, marriage, and founding of a free love nudist community in California. Why was this an important book for you to write?

It was important for me to commemorate Sandstone Retreat. To document some facts. Barbara and John created such a special place {never done before} and preserve it for history. As a reminder that “SEXUALITY IS OUR BIRTH RIGHT and must be reclaimed for us to be free individuals.” Now 50 years has past, and I can show virtual documentation to those born afterward, of this all important revolution that brought much needed change in America.

Writing a memoir causes one to reflect on their life in a different light. Is there anything you see differently now that you wrote this book?

I am so grateful for all the awakenings and lessons learned through the sexual revolution era and beyond We are all “hardwired to connect” and globally connected.

I appreciated the honesty and sincerity with which you told your story. What was the most important thing for you to convey to readers?

Seek TRUTH and LIFE to pave your road to PERSONAL FREEDOM and HAPPINESS. I am living proof that truth sets us free.

No Title at this time. Working on next memoir of my own spiritual exploration and transformations. A personal memoir where I am getting truly naked. Book will be available in 2019. 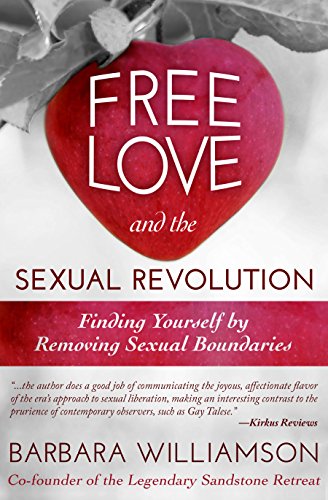 Barbara Williamson, “the most liberated woman in America,” shares her life story for the first time in her amazing memoir – Free Love and Sexual Revolution. As cofounder with her husband John, “the messiah of sex,” of the highly successful and controversial Sandstone Retreat in Malibu, California, in the late 1960s and early ’70s, the couple started what became known as the hub of the sexual revolution.

The clothing-optional, alternate-lifestyle Sandstone Retreat was outrageously popular, with a membership reaching 500 and nearly 8,000 visitors. Long before today’s reality television inundated the airwaves with its media “personalities,” Barbara and John Williamson were the darlings of the media, with newspapers, magazines, books,movies, and television shows clamoring for interviews.

It became known as the hub of the sexual revolution. John was branded as “The Messiah of Sex” and I as the most liberated woman in America. Based on mutual trust and friendship, the bond between John and me grew so strong that we were inseparable for forty-seven years until his death.

University professors nationwide rushed to visit this new kind of unstructured free love community to view and study members joyously living an alternate lifestyle. The dress code was optional but most everyone preferred nudity.