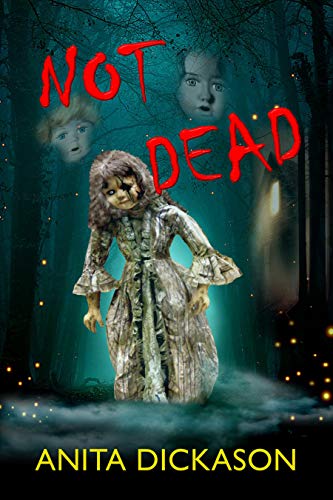 Mandy Norton loves her dolls. Every day, she likes to play with them in her yard. She names them and serves them tea. Mandy is in her own world–and she is being watched. From just beyond the bushes and out of her line of sight, she is being studied, and her every move is being noted. A man she cannot see is planning to take her from her yard and away from her family. He will use one of her favorite things to bring his plan to fruition–a doll. After carefully selecting a doll that matches her taste, he makes his move, and Mandy’s life and the lives of her family will never be the same.

Not Dead, by Anita Dickason, is the harrowing tale of the abduction of young Mandy Norton and the efforts made to bring her home. Mandy’s aunt, Ashely Logan, becomes involved from the moment she hears that her niece is missing. Ashley, also the editor of the local newspaper, deems herself an investigator and questions the local police department’s ability to handle her niece’s case. As the hours quickly begin to pass, Ashley forges her own path through the town from one suspect to another.

Dickason has managed to provide readers with a tale of horror–every parent’s nightmare. As the story progresses, readers are given more insight into the frustrating and heartbreaking process of trusting law enforcement to bring their daughter home safely. The introduction of Ashley, Mandy’s aunt, is more than helpful in driving home exactly how difficult the process of searching for a suspect can actually be. Ashley is the reader’s guide into the investigation process.

The insight the author gives into the mind of little Mandy’s abductor is chilling. I can’t accurately describe the terror I felt as I read how Mandy’s abductor targeted her and methodically planned her kidnapping. What was even more terrifying was the background information readers are given at the outset–this man is a repeat offender and has honed these skills over time.

Not Dead, though fiction, provides a thorough look into police procedures and the rigorous work that takes place when a child has disappeared. The bulk of Dickason’s work in this book is focused on the investigation itself and Ashley’s part in that process. As a reader, I would have liked to have seen more of the experience from Mandy’s point of view. From one chapter to the next, readers watch the clues multiply, the suspects narrow, and the case grow closer to a conclusion, but we aren’t as privy to the life to which Mandy is subjected while she waits to be rescued.

Readers who seek a mystery with rich characters and prefer frighteningly realistic plots will be more than satisfied with Dickason’s work. Dickason’s characters are highly-developed and memorable. The twist ending is an added bonus to Dickason’s meticulously crafted mystery. I highly recommend Not Dead to any mystery fan looking for a new author to follow. 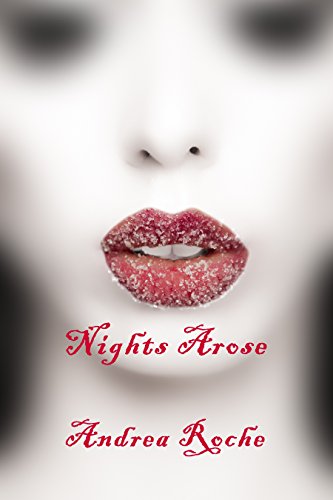 Set in Jamaica in the 17th century, this is the story of Arose Du Mouchelle, a young woman who is the heir to a sugar plantation. When she receives an heirloom from an old gypsy, her life suddenly changes. The Gem of the Red Spirit has powers that others wish to possess, including the Voodoo Priestess, Morel. Chased down by Morel’s henchman, Arose must now protect the world from the dark creatures that Morel is threatening to unleash from the Astral Plane. Will Arose succeed by using her wits and courage along with the help of the dashing Captain St. James?

Nights Arose by Andrea Roche is part historical romance, part fantasy, and packed to the brim with fascinating and unlikely characters and concepts. We are thrown full throttle into a world unlike our own, full of astral planes, pirates and dragons. It makes for a fast- paced, exciting read, and I loved escaping to this fantastical universe for a few hours.

Because the story moves at a quick tempo, I felt immediately drawn into the narrative. Unfortunately, this pace also caused me to get lost occasionally, and I would have preferred a slightly slower introduction to Arose’s predicament. Despite this, Roche keeps the reader constantly intrigued and melds the genres of fantasy and romance together seamlessly, keeping both threads running through the narrative.

Although the book has fantasy aspects, the dialogue is actually naturalistic and punchy. All of the characters have unique voices which add richness and emotion; the dialogue expertly moves the plot along and never feels redundant. The style of the prose is quite flowery, but I actually enjoy this style of writing and it suits the lavishness of the story. Roche writes place particularly well and the setting of the story is one of my favourite aspects of the book. Tropical Jamaica is vividly conjured. Although I have never visited, I could almost feel the warm breeze and see the sights and sounds of this exotic place with its sugar cane fields and blue water.

We all know there aren’t enough strong female characters in fiction, so I fell head over heels for Arose! She is rebellious and brave and pushes boundaries, which makes her seem like a thoroughly modern woman. I loved the fact that she didn’t need a man to be a fully formed character and that the romance fell second to the action. The other characters in the book, such as the evil voodoo priestess, are really imaginative creations and the rest of the motley crew are excellently drawn. The relationships between the characters, especially Arose’s interactions with Captain St. James, feel truthful and authentic.

If you are a fan of fantasy then you will certainly enjoy this book. It is an epic tale that transports you to a magical world and enables you to suspend your disbelief. It left me breathless for the next installment in Arose’s adventures.