The Journey Down South 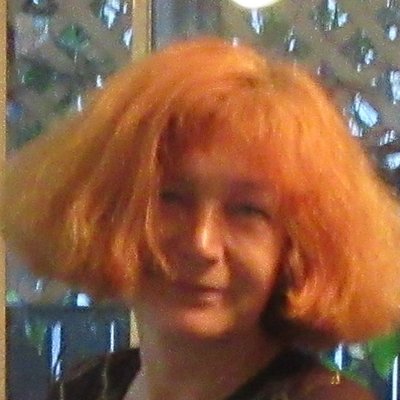 Survivors of the Sun is a thrilling post-apocalyptic adventure story following Georgia as she struggles to keep her family safe in a new dangerous world. What was the inspiration for the setup to this novel?

Inspiration for the book came while I was living in an isolated farming community sixteen miles from the township where I had my Jewelry Studio. At one point I was cut off, with one other family, for ten days by raging flood waters. We were not prepared. None of us were able to get into work or school. There was no internet, no phone, no electricity and absolutely no means of communication with the outside world. Both households pooled their food and the kids and dogs ran wild. Even so, it was a wonderful time and it led me to think of how different it would have been if something similar had occurred in a large city.

Georgia starts the story as a happy wife and mother, and manages to survive several obstacles by her will and determination. What were some themes you wanted to capture in her character?

Firstly that she was not a well prepared, gun totting superhero. She was a normal woman, in an average household confronted with the unexpected and the unthinkable. I wanted her to have her failings, insecurities, and self-doubt; as well as a strong set of values, showing her inner need, despite the situation, to remain honest. I also wanted to reveal her developing relationship with the children and how her steadfast influence, determination and loyalty encouraged the positive development of those around her.

This is an entertaining post-apocalyptic story; did you start writing with this in mind or did the story develop organically as you wrote?

It was always going to be a post-apocalyptic story, but I did not have a plot. When I started writing I knew about as much as the characters did, and it seemed to me that they took over and led me on the journey down South.

It is a sequel to Survivors of the Sun and I am planning to have it ready by May 2019. 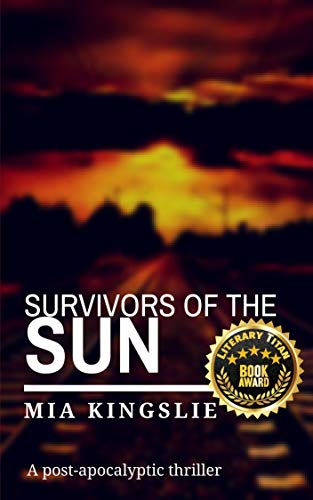 Georgia was not a survivalist and she did not have a bug out plan. She was a happily married woman, at home with three children and their Boston Terriers. In an instant everything changed. The power went off, and no-one knew why. By nightfall, Nathan, her husband had still not returned. In time, the water stopped running. With only three days of food left in the house and dwindling water supplies, she has no choice but to flee Kansas City.

Their world changes dramatically, entering a post-apocalyptic age, with looting, rioting and violence becoming the norm. As they escape across country, Georgia has to overcome her fears and keep her loved ones safe. Together they face heart wrenching decisions as they encounter the inconceivable.

Their journey leads them through a harsh new reality. The struggles and hardships that they endure, threaten their very existence, testing their loyalty, fortitude and love for each other in ways they could never have imagined.

Survivors of the Sun: A post-apocalyptic thriller

Georgia hasn’t exactly had it easy since marrying Nathan. Leaving her home in Australia and taking on the role of wife and stepmother has been a challenge to say the least. However, when Georgia is saddled with keeping her husband’s precocious and entitled niece and her own two stepchildren on an afternoon when she would rather be working on her own jewelry business, life takes a turn she and the children could never have predicted. As she watches her stepson’s hair mysteriously stand on end, Georgia gives it only a passing thought. Soon after, Georgia and the members of her household find themselves fighting for their very lives.

Mia Kingslie, author of Survivors of the Sun, has absolutely hit it out of the park. Her thriller, set in the present and focusing on the extreme likelihood that the world has been hit with an electromagnetic pulse, is phenomenally well-written and gripping in every way possible. Kingslie’s characters, her plot, and the conflicts within are clearly drawn with stunning visuals.

Georgia, the book’s main character, draws on sources of strength most of us could never imagine. When she realizes she has likely outlived her husband everyone she knows, she picks herself up and heads, literally, for the hills with the children and their dogs in tow. After witnessing the horrifying deaths in their city, Georgia somehow manages to concoct a feasible plan for escaping their home with the needed supplies. She is a force with which to be reckoned, and Kingslie builds on her set of skills as the chapters advance. Georgia represents every man, woman, and child living through apocalyptic times learning to adjust as each new set of challenges is faced.

The introduction of Lola into the traveling group makes the entire plot that much more engaging. Lola, a force in her own right, adds an element of unique humor to an otherwise dark and heavy storyline. Her backstory is one that makes her even more endearing to readers.

I thoroughly enjoyed watching Georgia’s relationship grow and flourish with her stepchildren, but more intriguing was the evolving dynamic between Georgia and her niece, Deedee. To watch Georgia grow as a maternal figure was quite amazing. As a parent myself, I found it fascinating to see through her eyes as she begins to find ways to work around Deedee’s idiosyncrasies.

Kingslie writes the most fantastic descriptions of post-apocalyptic terrors. From diseased bodies to the overwhelmingly eerie pictures of stalled cars, silent skies, and ravaged homes. Kingslie’s writing style is highly effective in creating a scene for her readers of almost instant devastation.

Were it possible to give Survivors of the Sun 10 stars, I would do it in a heartbeat. That being said, I can’t hesitate to give it 5 out of 5 stars. It’s hard to find a book that takes hold of your imagination and refuses to let go, but that’s exactly what Kingslie has managed to produce. I fell in step with Georgia and her ragtag crew from Chapter 1, and any fan of apocalyptic thrillers will do the same.