Human Beings in a Different Light

Ekleipsis is a collection of short stories that follow ordinary people that pursue dark desires. What were some sources that informed the development of these stories?

I get my inspiration from my every day life. Places where I worked, interesting people I met, shows/movies that intrigued me, books that blew me away, and so on.

It’d be very hard for me to pick a favorite. They are all my creation that I crafted painstakingly. Each portrays the uniqueness and the complexity of human minds in a different light.

I have written numerous short stories ever since I was very young. I feel that these 5 stories that I picked, share similar and familiar nuance and theme.

I am currently working on Ekleipsis II. Which I hope to complete and publish some time this year.

Ekleipsis: How far would you go to obey your instincts? 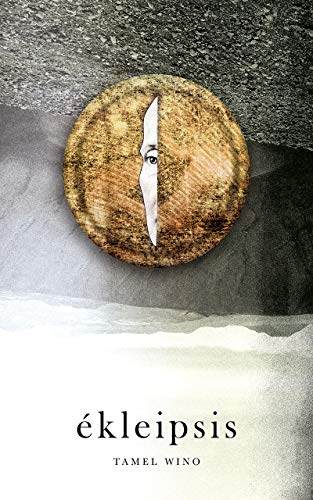 Ekleipsis is a collection of five riveting short stories by Tamel Wino in which he explores the dark side of human nature. The first short story, “The other Son” is about a man in his fifties, who has lost his puppy and his mother, his only two connections. He is now struggling to move on in life. His mother has always praised her other son on making her happy and making better life choices. When stuck in precarious situations, his mind conjures up the ‘perfect’ images of his brother, constantly reminding him of how he is a failure. The story is a reminder of how some comparisons paralyze you for life, and some losses are hard to bounce back from.

The second story, “closing costs” is about revenge. Stella knows that her husband Dan is cheating on her with their realtor, Jane. But that’s not what the revenge is about. Dan has some dark secrets and will go to any length to get revenge. Jane, with a traumatizing childhood and a monstrous father, also want to take revenge from her father for all the monstrosity she suffered at his hands. She wants to become rich and would adopt any path for it. But there is an unforeseen price to pay . The story highlights the gravest taste of revenge. It shows how the flame of seeking vengeance blinds a person.

The third story shows how a small doubt in your heart can make you do vile things. Blake has returned home after a two-year-long work-related tour. Her experience of unpleasant things while serving in military intelligence haunts her in real life. On returning, she finds everything changed, including her relationship with her wife, who has kept a lot hidden from her. With a false doubt and assumptions, she takes a dramatic course of action.

The fourth story “Has been” is a tragic story about a guy named Ben who is struggling with anger management. He lost his career, fame, reputation and his new job all to his heated temper, but this doesn’t bring an end to the atrocities he inflicts. The story shows the miserable form a person assumes when he abandons his humanity.

The fifth and the last story, “All in” is about a gambling addict. His financial and family life are suffering because of his gambling addiction, but he keeps going back to the tables. The casino’s owner gives him a generous offer, one that will make him debt-free. But the offer comes with a price he is not ready to pay and a lesson he will learn the hard way.

Ekleipsis is a thought-provoking collection of stories that explore themes such as anger, addiction, jealousy, doubt, loss, and various other emotions that plague humanity. All of this captured in the deep and complex characters coloring the pages.