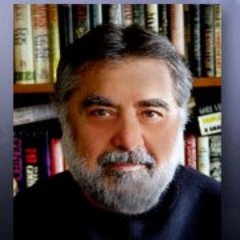 The Scopas Factor follows Mike Hegan as he finds himself in the middle of a double homicide and a kidnapping which sets him frantically searching for answers. What was the inspiration for the setup to this thrilling novel?

I can’t point to any one source for inspiration. There were many and I’m pleased they all managed to combine for The Scopas Factor. I’ve always been interested in art theft and forgery and I’ve been aware of the conflict in Laos as well as the looting of antiquities. I’d also read about Hmong women in the Minneapolis area creating story cloths. I bought one and framed it. Perhaps that moved me forward because when I saw the Mud Woman in my head all started to come together. I added Hegan from my first Hegan book A Woman to Blame*, started asking myself “what if?” questions, etc. The Gadsden flag, which in 1775 was the early motto flag of the Continental Marines, came into the story as a symbol of evil.

*A Woman to Blame has been re-edited and I expect it to be re-issued later this year.

Mike Hegan is an interesting and well developed character. What were some driving ideals behind his character?

I’m pleased you’ve found Hegan to be “interesting and well developed”. Wish I could tell you how well I planned to make him interesting and well developed. But there was no master plan. However he has evolved as a smart ass, and isn’t too keen on being told what to do (who is?). Since being incapacitated in WTB and regarded as expendable, he gravitates toward
the underdog.

I enjoyed the well thought out and intricate mystery that unfolds throughout the novel. Was this planned before writing or did it develop organically?

While there are many brilliant and successful writers who swear by them, I’ve never liked writing outlines. Each book I’ve written including TSF evolved organically. Lots of “what ifs” until it came together.

I have lots of threads for another Hegan novel, but no story as yet. I hope to have a book by the end of the year. 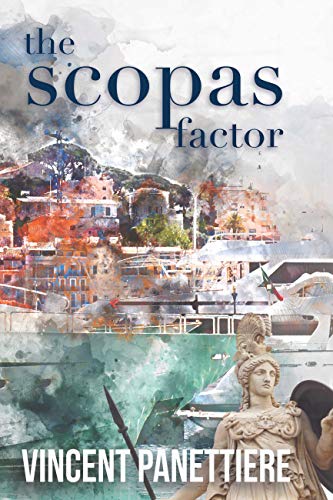 A Hmong “story cloth,” a Revolutionary War battle flag, forged Picassos and a Russian drug dealer—finding the link between these disparate elements is the challenge Mike Hegan faces in The Scopas Factor, the latest mystery from Vincent Panettiere.

After his last investigation ends tragically, Detective Mike Hegan returns to Chicago from St. Kitts, hoping to put everything behind him. But his girlfriend, Diana, has other plans, and although he has no interest in the job opportunity she presents him—in a small northern California town, no less—he wants to please her. Upon his arrival in Weedley, he’s caught up in a kidnapping and two murders. A visit to Diana’s family in San Francisco only serves to deepen the mystery, as her father might be the link to a gang of antiquities thieves that might have something to do with the crimes in Weedley. And when Diana’s father disappears, Hegan takes off for Antibes in southern France, where he discovers that the mystery has only just begun. 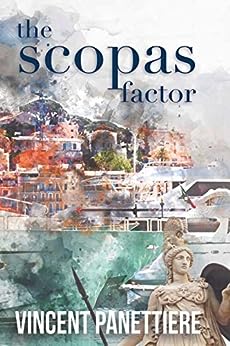 When Mike Hegan’s last case ends tragically, the detective hopes to put everything behind him. His girlfriend instead brings him along on a hopeful job opportunity to a small town in north California and little does he realize the web forming there to ensnare them both. Hegan finds himself thrust into the middle of a kidnapping and double homicide. When a link that is too close to home provides a lead, Hegan decides that he must dive deeper if he is going to get to the truth. Antiques, forged art, and foreign drug dealers all come together to make an on-your-toes mystery.

Hegan is your typical somewhat damaged detective from the noir tradition. He is a well-rounded character and is interesting to follow as he attempts to piece together these varied elements into a conclusive solve. The emotional depth that Panettiere can bring out, because of how personal this mystery becomes is impactful. The reader can feel a certain amount of distress from Hegan as he continues to struggle to figure it all out. Hegan made this story such a joy to read and it is my hope that these books become more serialized as they go along. It would be interesting to see how he develops over time.

Panettiere’s mystery is an expansive novel that straddles the fence between a mystery and thriller. The length of this novel works against the suspense, since some of the more filler passages work against the tension built in the story. But this is made up by his poetic prose, beautiful descriptions and clever dialogue. But at times I felt the pace of the story slowed because of this, this may be the only mark against him, since all the other elements of Hegan’s arc coinciding with the plot arc was brought together quite well by the end.

Recommended for readers of thriller mysteries. Based on some of the more aesthetic qualities to this story, such as the forged art and antiques, those who enjoy such stories would not be disappointed either. This novel establishes Panettiere as a solid new writer in the mystery genre and I look forward to more of his work.