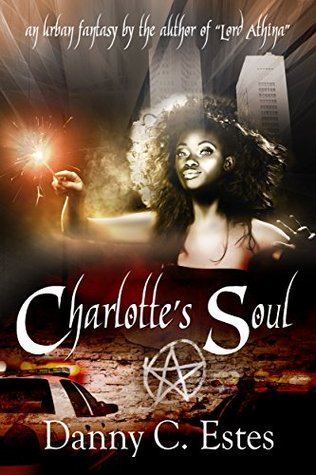 Magic, adventure and excitement. That’s what Danny Estes delivers with this novel, Charlotte’s Soul. Our protagonist, Charlotte, is a woman of mysterious origins who is seeking revenge on the one who locked her away. In the beginning, we’re not given a whole lot of information about Charlotte. We know she is a witch and we know she is bent on revenge. We also are aware that she is not quite from the era the book takes place in. Even the mention of her stay in a mental health unit leads the reader to believe that perhaps Charlotte is not of her right mind. However, all of this is blown away when Charlotte links up with detective Matt Huston and dazzles us with displays of her power. She is not an ill individual with delusions of grandeur, she is a powerful woman who is about to bring hell to those who have wronged her. Will Charlotte achieve her wildest dream?

Estes has crafted Charlotte to be a powerful example of femininity and sultry desires. She is a woman and she will use whatever tools she has at her disposal to get what she wants. This includes her body. While this may seem like a stereotypical example of a woman using herself, it ties in to Charlotte’s past and the events that have led up to the present in our story. Estes is no stranger to including sexual scenes in his books, however he is very adept at making these scenes flow with a sense of beauty. Unless called for, there is nothing crude about these acts in his novels.

While there could be some better editing in this novel, the overall story is articulately pieced together without fraying at the edges. There are some spelling mistakes, some blatant miswords that could have been corrected with a thorough read through by a third party. The story does not suffer for it, however, as these issues are few and far between.

Estes flexes his creativity with descriptions of magic and scenery in this colorful world. While explaining the system of magic, the reader can tell that Estes put thought into it. Research was most likely done when using examples that readers might be familiar with, like voodoo, so that it is as believable as possible. The magic scenes of action are not so overblown that it is obvious that this is a fantasy tale, rather they are realistically described in a fashion that if you met someone who claimed to be a witch after reading this story, you might just believe them.

Danny Estes is no stranger to the world of magic and adventure. His worlds expand and become more and more intricate as he hones his craft. Charlotte’s Soul is another feather in his cap of excellence. The shortened chapters make this an easy read and the pace demands that you read it in one sitting: it is almost impossible to put it down. Readers will become attached to Matt and Charlotte, wondering if either will achieve what they are looking for. Even as the tale wraps up nicely and Estes is about to put the bow on top, we’re left wondering if we’ll see more of Charlotte again. Honestly, this feisty witch could grace another novel for us any day.